It's bonus time at Samsung

It's bonus time at Samsung 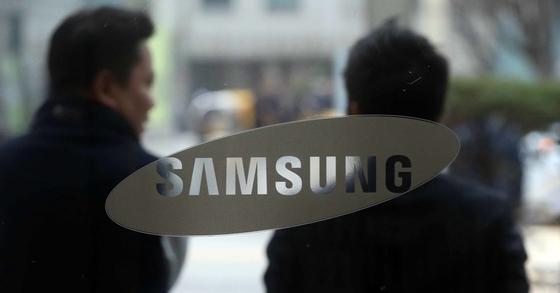 Samsung Electronics employees enter the company's headquarters in Seocho District, southern Seoul. Employees received up to double their monthly wage as a special bonus on Christmas Eve, the first since 2013. [JOONGANG ILBO]


A special bonus was given to Samsung employees for the first time in eight years, but that holiday cheer may spark less consumption than in the past.

Some 110,000 employees at 20 Samsung Group companies — including Samsung Electronics, Samsung Life Insurance and Samsung C&T — were given a special bonus on top of their year-end bonus on Christmas Eve. It was the first time since 2013 that Samsung gave out a special bonus, which can be up to double a month's wages.

The bonus is a celebration of the company’s outstanding performance this year despite challenges like a global chip supply shortage.

Apart from special bonuses, there are three more types of bonuses given at Samsung companies. Target achievement incentives (TAI) pay up to a full month's pay, and are given in July and December if the company surpasses its production goals for the half-year. The December TAI is often called the year-end bonus.

Overall performance incentives (OPI) are given at the end of January if a division exceeds its profit target. The division uses 20 percent of the excess profits to pay employees up to 50 percent of their annual wages.

Separate bonuses are given to employees depending on individual performances.


Samsung Electronics’ Device Solutions division is expected to report record profits this year, and employees received the maximum 100 percent TAI in December. They are set to receive the maximum OPI in January as well.

Lots of companies hope Samsung employees will spend their bonuses on their products.

“A few years ago, car dealers would line up at the front and back entrance of the Hwaseong office when we got bonuses to hand out sales flyers,” said an employee working for Samsung Electronics, referring to the office in Gyeonggi.

Although not a set annual event, BMW, Mercedes-Benz and Audi dealers near Suwon and Hwaseong — both in Gyeonggi, where the electronics maker’s plants and offices are located — are known to offer promotions specifically for Samsung Electronics employees at the end of the year.

Some bonuses this year may not be going to new purchases, but to pay off previous ones.

Apartment prices have surged this year, and people rushed to buy apartments out of fear that it was the last chance before they were priced out of the market. Samsung employees were no exception. Another employee for Samsung Electronics said buying a house is the biggest topic among his colleagues, and many plan to use their bonuses to pay down their mortgages.

Although OPIs are huge — considering they can be almost half an individual’s annual wage — employees are taxed about 30 percent on those bonuses.

And the pandemic continues to cast a pall over spending, even of big bonuses. Hoesik, after work dinners with colleagues that employees often go to celebrate their annual bonuses, might not be that boisterous this year.

“Samsung’s bonuses helped increase consumption at nearby local businesses in the past, but business owners aren’t expecting much this year despite the first special bonus in eight years,” said a real estate agent working in Hwaseong, Gyeonggi.