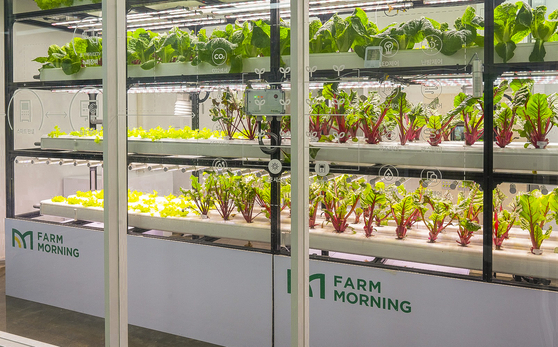 
SK Square will invest 35 billion won ($29.5 million) in Green Labs for an unspecified stake, the company said on Monday.

Green Labs is an agtech company founded in 2017. It helps new farmers start their businesses through online consultations and sells their output at a higher margin than at traditional markets via its Farm Morning mobile app.

SK Square will provide its digital infrastructure and the digital infrastructure of SK Telecom, from which it was spun off earlier this year, to help Green Labs and its customers make smooth digital transitions. Farmers signed onto Farm Morning can start selling their harvests through 11st, an e-commerce site 80 percent owned by SK Square, the company said.

Green Labs expects 106 billion won in revenue in 2021 won and aims to hit 485 billion won by next year with the help of SK Square's investment, according to the company. The company is valued at 600 billion won to 800 billion won.

The agtech market was estimated at $6.2 billion in 2020 and the growth is expected to continue, according to CB Insight. Agriculture has been slow in its digital transformation, which gives it more room for development, SK Square said.

SK Square purchased 35 percent of Korbit, a local cryptocurrency exchange, for 90 billion won to become the exchange's second largest shareholder on the day it started trading on the Kospi market on Nov. 29.

It also acquired 40 percent of On Mind, a subsidiary of Neptune, for 8 billion won on the same day. On Mind has the technology to create three-dimensional digital avatars.

SK Square began as a business on Nov. 1, promising to focus on investments into semiconductors, media and other related businesses. The company keeping the SK Telecom name will focus on telecommunications.