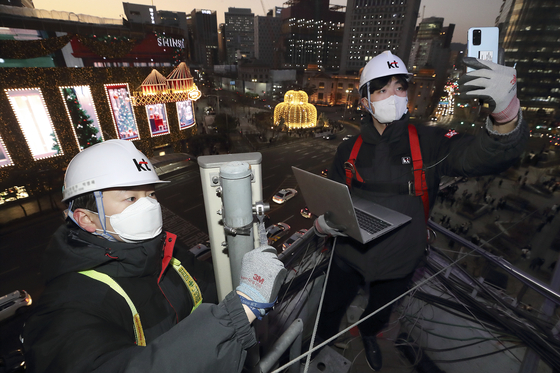 KT staffers are checking the company's network equipment for a jump in network traffic prior to the New Year to avoid technical glitches in central Seoul on Monday. [KT]


Telecom companies are preparing for a jump in network traffic prior to the New Year to avoid technical glitches that can happen this time of year.

Assurances of preparedness come following major outages this year in the KT network and three outages in December affecting Amazon's AWS in the United States.

Network and telephone traffic typically surge on New Year's day due to people sending greeting messages and gathering in large numbers. But the increase is expected to be smaller than in previous years due to Covid-19, the companies said.

According to KT, year-end traffic is expected to rise only by 5 percent compared to average days, as most New Year events have been canceled due to the increase in Covid-19 infections across the country.

Large gatherings that result in the largest traffic jumps, such as the bell-ringing event at Jonggak, central Seoul, have been canceled. Gangwon Province has closed beaches that have been popular among people coming to see the first sunrise of the year.

"We will run a special communications team with 1,200 experts who will monitor the year-end telecom services around the clock every day until Jan. 2," the company said on Sunday. 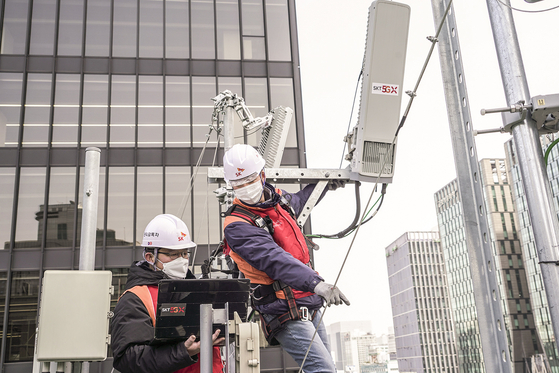 SK Telecom staffers are checking the company's network equipment ahead of the New Year. [SK TELECOM] 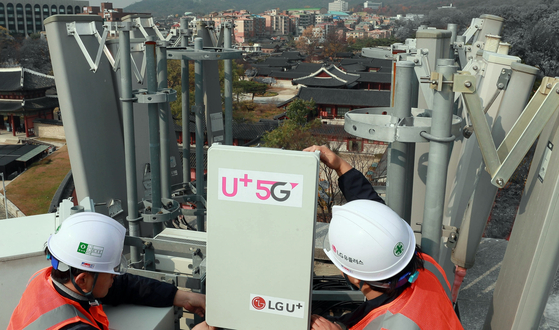 LG U+ staffers are checking the company's network equipment ahead of the New Year. [LG U+]


SK Telecom said it has increased the network capacity at its 5G and LTE base stations near shopping malls, tourist spots or other places with a possible increase in visitor numbers. The cloud infrastructure for online services, such as Wavve video platform and T Map navigation, has also been upgraded.

KT has inspected 3,377 base stations at 105 major spots around the country and will monitor the core infrastructure closely during the holidays.

On Oct. 25, KT's network stopped nationwide for an hour during lunchtime due to a programming error. The company said it will spend 40 billion won ($33.7 million) to compensate customers.

Two weeks later on Nov. 11, KT's network service stopped working again in some parts of Seoul from 10:23 a.m. through 1:50 p.m., affecting both wireless and fixed-line communications for individual and enterprise clients in Guro and Yeongdeungpo Districts, western Seoul.

No compensation was promised for the latter given that relatively few people were taken offline, according to KT.

LG U+ also reported a similar outlook and said it has set up additional equipment to deal with the increase in online video viewers and video-on-demand (VOD) users. It has also completed a quality upgrade at major stations around the country.