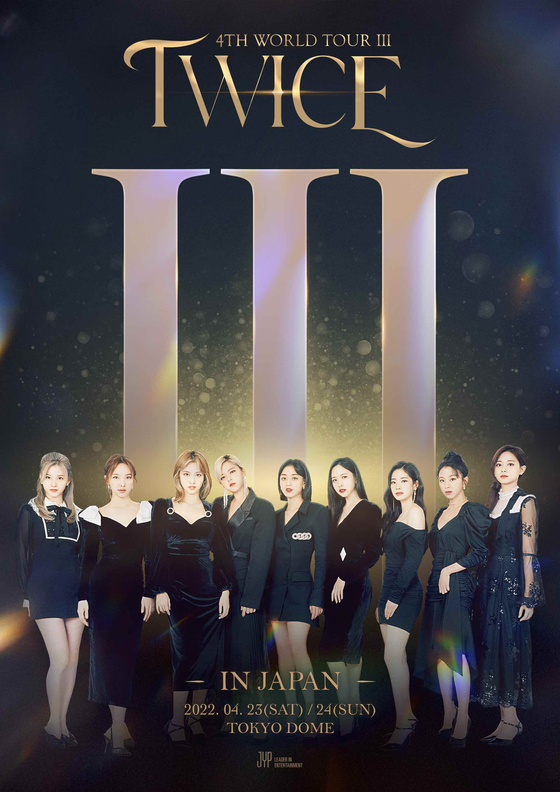 
Girl group Twice made a surprise announcement Sunday night that it will be performing in Tokyo Dome, Japan, next April.
The group's return to Japan comes after three years.

In an announcement at 10 p.m., the group's agency, JYP Entertainment, disclosed additional locations and dates for the "Twice 4th World Tour III," the group's third world concert tour since its debut in 2015.

According to the agency, Twice will hold two concerts at Tokyo Dome as part of its world tour next year, on April 23 and 24, in addition to concerts that were already announced in November for Seoul and five cities in the United States.

During the group's last visit to Japan in 2019, Twice was the quickest international artist group to hold a concert at Tokyo Dome after its debut.

The group will continue its world tour in the United States from Feb. 16 to 26 in Los Angeles, Oakland, Atlanta, Dallas and New York.

Since seven of its concerts in the United States have already been sold out, the group is planning to add two more days to ots tour in Los Angeles and New York to meet more international fans.