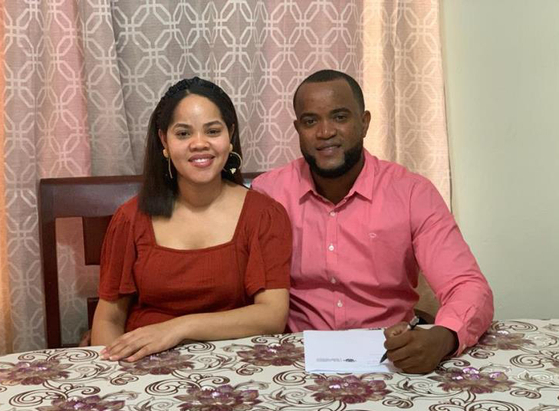 Socrates Brito, right, poses for a photo after signing a one-year contract with the KBO club KIA Tigers on Monday. [YONHAP]

The 29-year-old from the Dominican Republic made his major league debut with the Arizona Diamondbacks in 2015 and has made 99 appearances in the Major leagues, most recently in 2019 with the Toronto Blue Jays.

This January, he signed a minor league contract with the New York Yankees and spent the season with the Triple-A Scranton/Wilkes-Barre RailRiders where he hit .251 in 107 games with nine home runs and 53 RBIs. 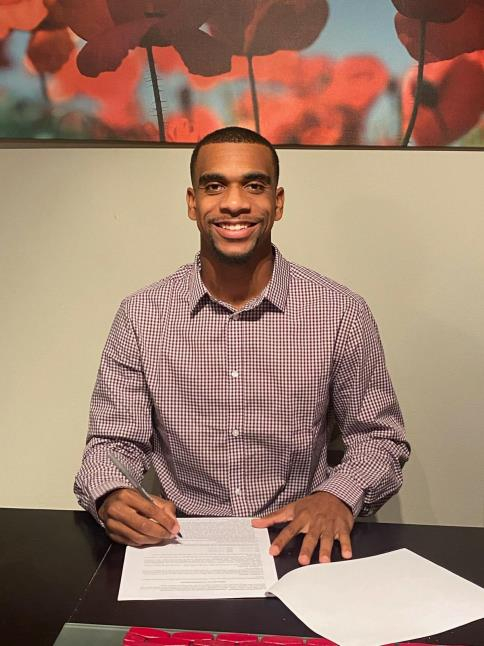 In 2014, Williams was drafted in the St. Louis Cardinals organization as a second-round pick where he spent his first six years. In 2020, the Sacramento River Cats claimed Williams off waivers from Springfield Cardinals and this year, Williams is coming from playing for the Richmond Flying Squirrels.

Brito and Williams join major league returnee Yang Hyeon-jong who rejoined the Tigers on a four-year-deal worth 10.3 billion won ($8.7 million) on Friday.