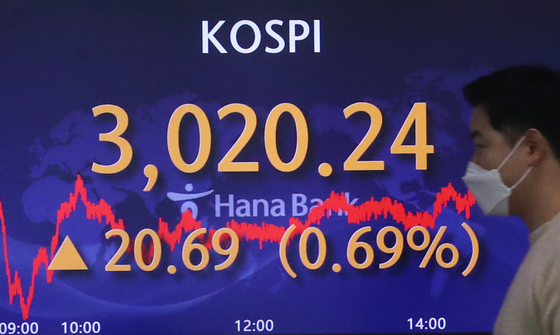 Individuals sold a net 1.97 trillion won worth of stocks while institutions and foreigners purchased a net 1.52 trillion won and 443 billion won, respectively.

The Kospi opened mildly higher, tracking the overnight Wall Street rally that drove up the S&P 500 to a record high for a second consecutive session on the back of a so-called "Santa Claus Rally" to end the year.

The index then traded slightly lower on apparent profit-taking but soon pared earlier losses in the afternoon session.

Most large-cap stocks traded higher across the board.

The local currency closed at 1,188 won against the dollar, up 1.2 won from the previous session's loss.