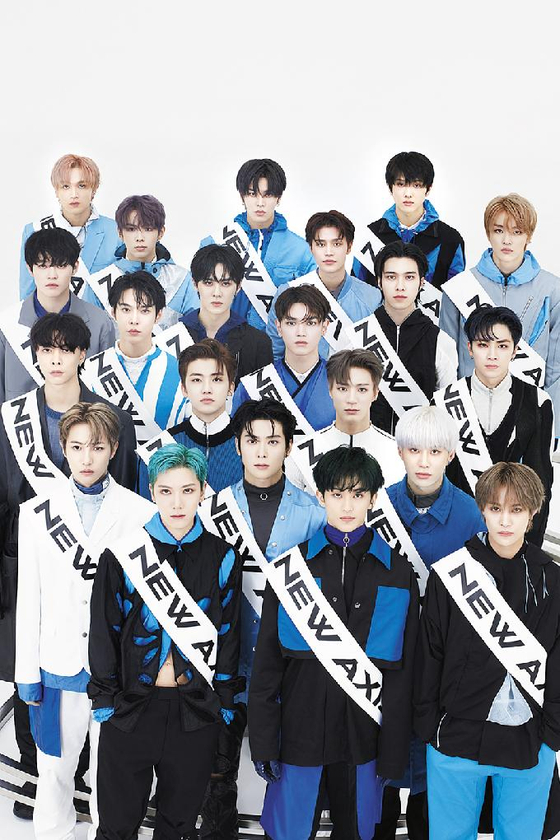 Albums released in Korea by the boy band NCT this year sold over 10 million copies, according to the group’s management agency SM Entertainment, Tuesday.


The five albums released in Korea by boy band NCT this year sold over 10 million copies, according to the group’s management agency SM Entertainment, Tuesday.

The sales of the albums, including those by the group’s subunits, amounted to around 10.91 million.

NCT 127 released its third album “Sticker” in September and then a repackaged album “Favorite” in October, the total sales of which amounted to 3.62 million copies.

NCT Dream, another subunit, released its first EP “Hot Sauce” in May and its repackaged album “Hello Future” in June. Sales for those amounted to 3.31 million copies.

NCT has sold about 1.74 million copies of its third EP “Universe,” which dropped on Dec. 10.

“This year, the album sales during the first week of the EP's release surpassed 9 million copies for the boyband and its subunits,” said a staff member from SM Entertainment.

“It really makes us realize the group’s brand power.”

Comprised of 23 members, NCT is a mega boy band with four smaller subunits — NCT U, NCT Dream, NCT 127 and WayV.

The group made its debut in 2016 with subunit NCT U.