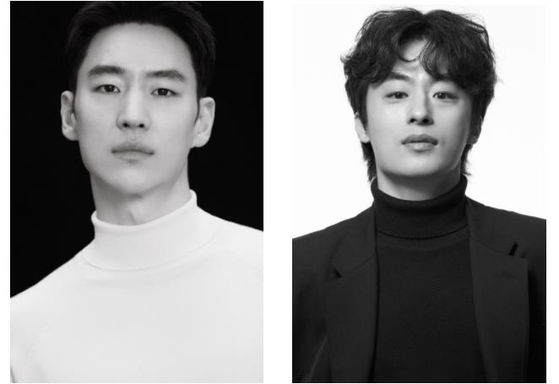 Actors Lee Je-hoon, left, and Koo Kyo-hwan will star together in the upcoming film ″Escape.″ [COMPANY ON, NAMOO ACTORS]


Actors Lee Je-hoon and Koo Kyo-hwan are set to star in the upcoming film “Escape” (translated), according to its distributor Megabox Plus M Tuesday.

“Escape” is a gripping story about a North Korean soldier named Im Gyu-nam (played by Lee) who dreams of defecting to South Korea and Rhee Hyun-sang, who works in the state security agency (played by Koo) who tries to stop him.

Last month, Lee attended the Blue Dragon Awards as a presenter and openly asked Koo to work together with him on a project.

The film will be directed by Lee Jong-pil best known for 2020 film “Samjin Company English Class” and will start filming next year.