The right to part with dignity

The right to part with dignity 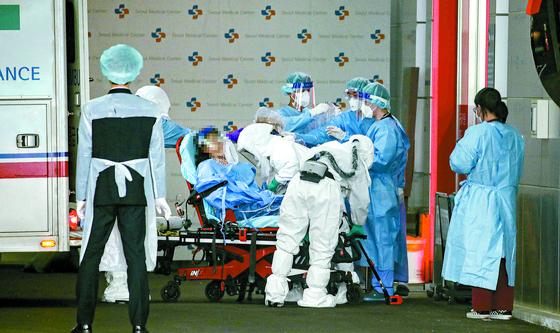 The author is the head of the Innovation Lab at the JoongAng Ilbo.

The first modern cremation facility in Korea was the Sindangri crematorium in Seoul in 1902. Japanese settlers built it in a Japanese style on a plot of land they received from the Seoul city government. Crematoriums were unwelcome because burial was common during the Joseon period.

Chimneys began to disappear as smoke- and odor-free crematoriums with pollution prevention facilities were built. But citizens still didn’t accept cremation as Confucian culture is centered on burial.

What changed this mindset was flood damage. Heavy rainfall in the summer of 1998 destroyed more than 8,000 graves in the capital region alone within a week. Some remains were washed away and many families could not retrieve them.

That year, SK Group founder Chey Jong-hyon left a will to cremate him, build a great cremation facility, and donate it to society based on his belief that land covered with graves should be utilized more efficiently. After he started the cremation culture, many people made a pledge to be cremated upon their deaths.

The cremation rate, which was only at 10 percent in the early 1990s, continued to rise steadily and marked a record 89.9 percent last year. However, Funeral and Cremation Culture Research forum Chairman Park Tae-ho pointed out that though cremation increased in number, administrative convenience hindered culture and rites and that the pandemic exposed cultural poverty even more.

The government provides funeral subsidies for immediate cremation of people who died from Covid-19, effectively enforcing cremation first and then funeral. Immediately upon death, the body is sealed and directed to the crematorium at sunset, as their turn comes after cremations of the general public. The bereaved family cannot even say goodbye to the face of the deceased.

The U.S. Center for Disease Control guidelines state that families can recover bodies personally as long as they use protective gear such as gloves and gowns. As Covid-19 is a respiratory disease, it has little chance of being transmitted through dead bodies.

Lately, the Korean government is revising funeral guidelines. People who died of Covid-19 and their families have the right to part with dignity.