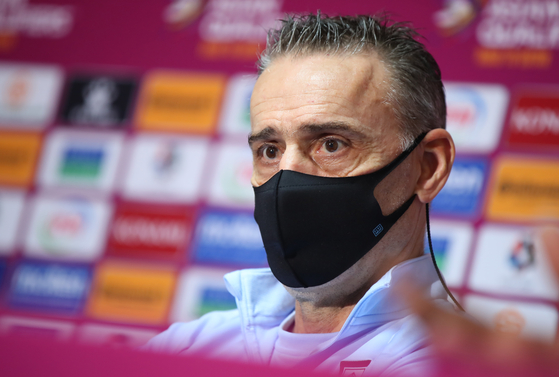 The four goalies that made the list are Gu Sung-yun of Gimcheon Sangmu, Kim Seung-gyu of Japanese club Kashiwa Reysol, Song Bum-keun of Jeonbuk Hyundai and Jo Hyeon-woo of Ulsan Hyundai Motors.

The three forwards are Kim Gun-hee of the Suwon Samsung Bluewings, Cho Gue-sung of Sangmu and Cho Young-wook of FC Seoul. 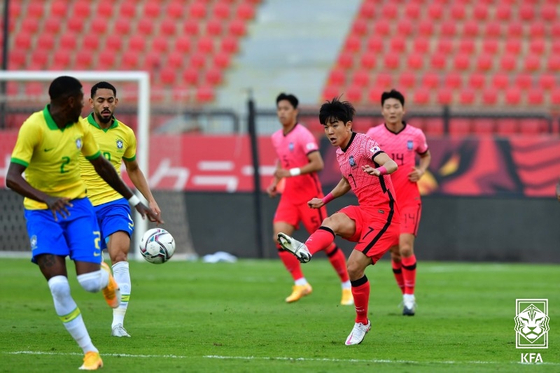 
Kim Dae-won, Eom and Kim Jin-gyu were named to the national team roster for the first time.

The two friendlies offer another chance for the national team to warm up ahead of the next 2022 Qatar FIFA World Cup qualifiers on Jan. 27 where Korea will face Lebanon, then again on Feb. 1 against Syria. Korea will then face the top team of the group, Iran, for the last time on March 24. Korea will play its last qualifier against the United Arab Emirates on March 29.

Korea currently stands at 33rd in the FIFA rankings, the third highest Asian country. Korea earned its 33rd position by winning both of its FIFA World Cup qualifiers against the United Arab Emirates and Iraq. On Nov. 11, Korea took a 1-0 victory against the United Arab Emirates at Goyang Stadium in Goyang, Gyeonggi, then went on to beat Iraq 3-0 at Thani bin Jassim Stadium in Doha, Qatar, on Nov. 16.

For the two friendlies, Korea will face Iceland on Jan. 15 and then Moldova on Jan. 21 at Mardan Sports Complex at Antalya, Turkey.