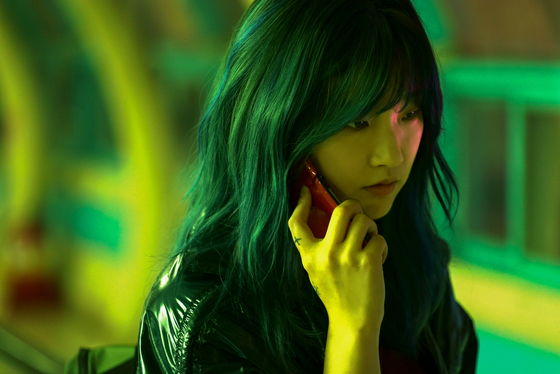 
Korean action flick “Special Cargo” featuring actor Park So-dam of Oscar-winning “Parasite,” has been sold to 47 countries across the globe and will hit theaters in five Asian countries within next month, its distributor NEW announced Wednesday.

After hitting local theaters on Jan. 12, it will be released in Hong Kong, Singapore and Mongolia on Jan. 13 and 14, followed by Indonesia on Jan. 19 and Taiwan on Jan. 28.

Directed by Park Dae-min, “Special Cargo” follows a special delivery driver named Jang Eun-ha, played by Park. She is targeted by Kyung-pil (played by Song Sae-byeok), a dirty police officer who is associated with an organized crime group after she decides not to be involved in the fishy work of transporting a young boy (played by Jung Hyeon-jun).

The film has been invited to the 2022 International Film Festival Rotterdam’s Harbour program. The Harbour program is a new addition to the annual film festival, which is set to open offline from Jan. 26 to Feb. 6, 2022.

Park recently had an operation after being diagnosed with a type of thyroid cancer and is currently taking a break from work to recover. It is uncertain whether she’ll make appearances during the promotional events for the movie.

Though she may not be participating in offline promotional activities, Park made sure the film gets some media attention. On Monday, she posted still photographs of the film featuring herself as Eun-ha with the title “Hello Jang Eun-ha.” It was the first social media posting since her surgery early this month.