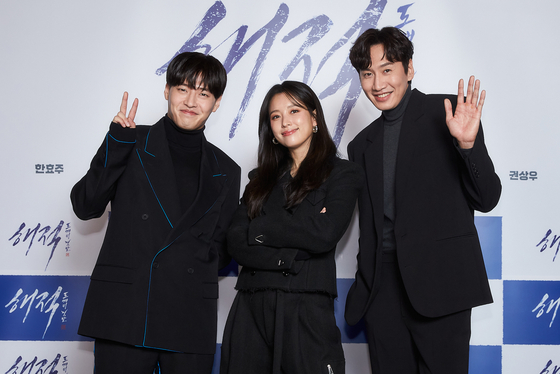 Actors Kang Ha-neul, left, Han Hyo-joo, center, and Lee Kwang-soo, right, pose for a photo after attending an online press conference for the film "The Pirates: Goblin Flag" on Wednesday. The film is the much-anticipated sequel to the hit film "The Pirates" (2014). Directed by Kim Jung-hoon, the film portrays a spectacular adventure of pirates who gather at sea to try and get their hands on a royal treasure that went missing. The film will hit theaters next month. [LOTTE ENTERTAINMENT]