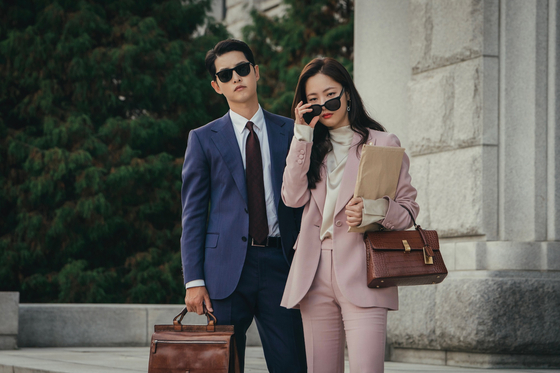 
“Squid Game” and “Hellbound” were not the only Korean series to dominate global charts in 2021. TvN drama series “Hometown Cha-Cha-Cha” also made it to the top 10 list of Netflix's most-watched shows along with historical romance series “The King’s Affection” which aired on KBS.

“Hometown” was a viral hit both locally and overseas. Starring Shin Min-ah and Kim Seon-ho, the story is set in a fictitious small sea town called Gongjin. Dentist Hye-jin (played by Shin) comes to settle in the town and meets the love of her life, Doo-shik (played by Kim).

The narrative not only focuses on the romance between the couple but also on the daily lives of the townspeople and their stories. The series successfully wrapped up with a 12.7 percent viewership rate and dominated local daily charts on Netflix. Although the show has long finished airing and streaming, it still periodically reenters the global top 10 charts and became one of Netflix’s most-watched non-English television shows. 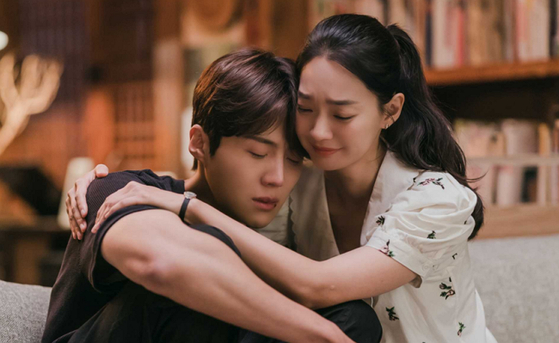 With the global popularity of "Squid Game" and "Hellbound," local drama series such as "Hometown Cha-Cha-Cha" also gained spotlight on Netflix. [STUDIO DRAGON]


The production company behind this series is Studio Dragon, one of the major content powerhouses in Korea.

Before “Hometown,” another hit series from the studio that resonated with audiences worldwide this year was tvN’s “Vincenzo.” Song Joong-ki plays a cunningly ferocious lawyer named Vincenzo who after being betrayed by the Italian mafia returns to his home country where he meets another one of his kind, Cha-young, played by Jeon Yeo-been. The show climbed to No. 4 on the list of top 10 TV shows on Netflix in the world on April 26 and also ranked No. 4 on Forbes list of most-viewed Korean series on Netflix this year.

Studio Dragon's creative success was recognized at the 2021 Korea Content Awards — organized by the Ministry of Culture, Sports and Tourism and the Korea Creative Content Agency — on Dec. 8. The annual event celebrates creators and insiders of content and the studio was awarded the presidential commendation for its achievements overseas, receiving recognition for a variety of content such as “Crash Landing on You” (2019), “It’s Okay to Not Be Okay” (2020), “Record of Youth” (2020), “Start-Up” (2020) and “The Uncanny Counter' (2020).

Last December, Studio Dragon also saw success with Netflix original series “Sweet Home,” which became the first Korean series to make to the daily top 10 chart in the United States. For the 58th Trade Day, which the country annually celebrates on Dec. 5, the content company was honored with the Tower of Export award for earning more than $100 million in yearly exports.

The company has also been looking to more aggressively pursue content creation with studios overseas. In June, Studio Dragon announced that it formed a partnership with streaming platform Apple TV+ and American production studio Skydance Media. The first project the trio are working together on is a 10-episode mystery fantasy series “The Big Door Prize,” based on M.O. Walsh’s bestselling novel of the same title. It has been adapted by David West Read, the award-winning producer behind Canadian sitcom “Schitt’s Creek” (2015-2010). In early 2020, the studio also announced that it is planning to remake four of its drama series including “Hotel del Luna” (2019) with Skydance.

According to an analysis report published by DB Financial Investment on Dec. 24, the company is looking at even more promising year ahead. 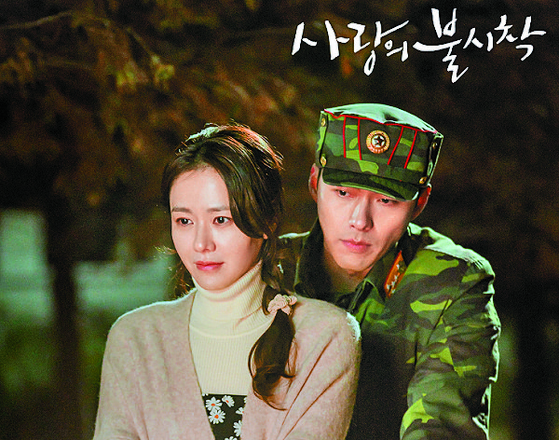 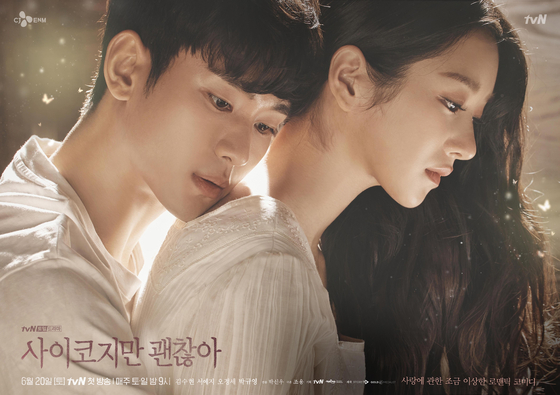 A poster for "It's Okay to Not Be Okay" [STUDIO DRAGON] 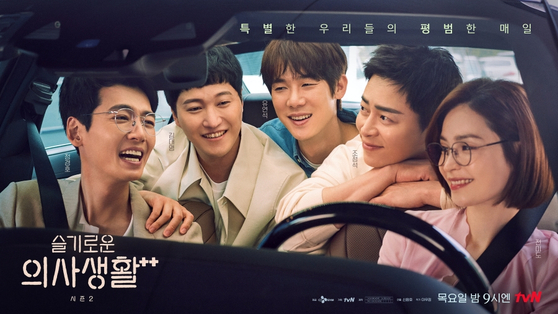 A poster for the second season of "Hospital Playlist" [STUDIO DRAGON]


“[We] anticipate that there will be an increase in the number of projects that will [either] air or stream,” the report reads. “Out of 120 projects that the studio is currently planning or developing, at least 22 television series, six Tving original series, and eight projects in collaboration with global OTT (over-the-top) platforms have finalized [schedules for] streaming and airing. Twenty-six projects were revealed in 2020, and only 25 projects in 2021, but at least 31 to 33 projects are expected to air or stream in 2022.”

However, the studio was cautious about predicting what will become a hit.

“I think nowadays it’s difficult to pick out a significant or highly anticipated series for the upcoming year,” an insider from the company said. “The global taste of audiences has diversified to the point that it is hard to forecast or predict which genre is the mainstream trend — whether that’s comedy, romance, thriller, fantasy, creature or horror. What’s more is that Korean content often infuses a variety of genres in one story, which makes it appealing to more global viewers.”

International media outlets have been analyzing reasons why Korean content has become a hit ever since Bong Joon-ho’s “Parasite” (2019) won the Palme d’Or at Cannes in 2019 and four Oscars including best picture last year. 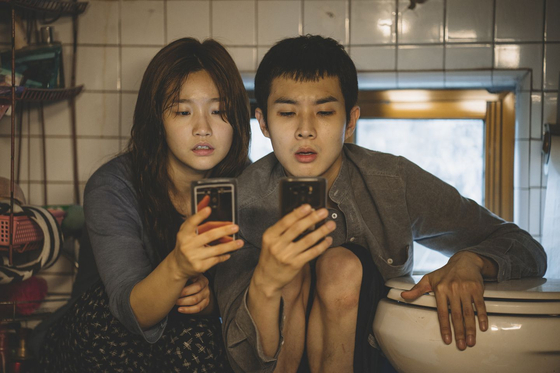 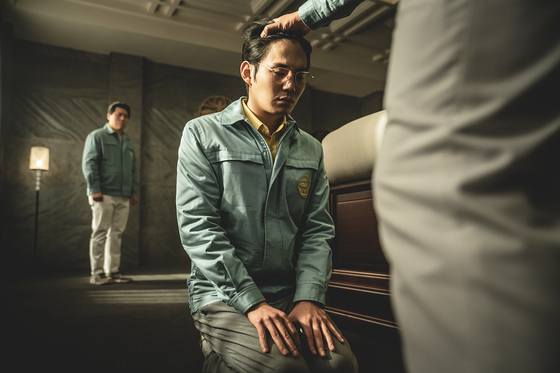 
“South Korean cinema is well-known for its complex exploration of national anxieties,” American entertainment blog Slashfilm wrote in an article titled “5 Reasons Squid Game Fans Should Watch Hellbound.” “Director Bong Joon-ho, who garnered critical acclaim with his film ‘Parasite,’ has been weaving allegories about class and greed into his films for years. ‘Squid Game’ focused on a modern dystopian society, and the circumstances that drive most people to desperation. And while ‘Hellbound’ is set in a much more apocalyptic environment, the horror echoes along similar themes."

Set in drastically dystopian backgrounds, the Korean content that is currently resonating with global audiences sharply accentuates social injustices such as economic disparity, class hierarchy and abuse of the power. However, content such as “Crash Landing on You,” “Vincenzo” and “Hometown Cha-Cha-Cha,” deviate far from such storylines and instead revolve around two people from very different backgrounds learning to understand one another and eventually, fall in love.

Other Korean content that went globally viral, such as two seasons of “Hospital Playlist” and “Yumi’s Cells,” revolved around the daily lives of mundane characters.

Culture critics say that there is a uniqueness in local content — whether it’s set in dystopian timeline or not — that sets it apart.

“We can do what Hollywood cannot,” culture critic Kim Heon-sik said. “They [the industry in Hollywood] cannot tinker with emotions or empathy. Their competitiveness lies in scale, visual effects, and meticulously planned narrative. Korean content, on the other hand, is very good at what we commonly refer to in a negative way as shinpa [a term that refers to overly emotional scenes stemming from clichés such as relationships between lovers, friends and family or the sacrifices they make for their loved ones], and global audience want that, and we definitely found demand for it this year. Regardless of the genre, it’s about the humanism within that captured people’s attention — and it’s all the same for [other series such as] Netflix’s ‘Kingdom’ [2019-], ‘Sweet Home’ [2020] and ‘D.P.’ [2021]. In the past, culture critics in Korea used to despise such carrying away of emotions and rejected them, but that’s just the experts talking. The mainstream trends tell an entirely different story.”

Another culture critic, Kim Sung-soo, pinpoints the distinct historical background of Korea as factor in the success of local content.

“In the case of Korea, the country faced a variety of predicaments and situations in its history and in the contemporary times that many countries around the world are still deliberating upon,” Kim analyzed. “That became a distinct advantage for Korean content — our content is neither part of the West nor the East.

“For instance, in Hollywood a hero appears out of nowhere and sweeps the world. But in the East, that kind of narrative does not work. Although heroes may exist [in the East], the protagonist also feels empathy for the people dying underneath them. So the latter does not believe in the concept that a powerful presence can change the world. On the other hand, the East highly values community and relationships but it is also a victim of corruption due to those two value systems. Some countries cannot even dare to point this problem out, but Korea did [in its content]. So this country of Korea seems to be a hotspot for the convergence of different cultures, and moreover, we are facing a very particular situation of a divided country. Writers who have deliberated long and hard upon such contradictions and irony of our principles have the creative power to make such stories, and those are being beloved worldwide, regardless of the genres.”