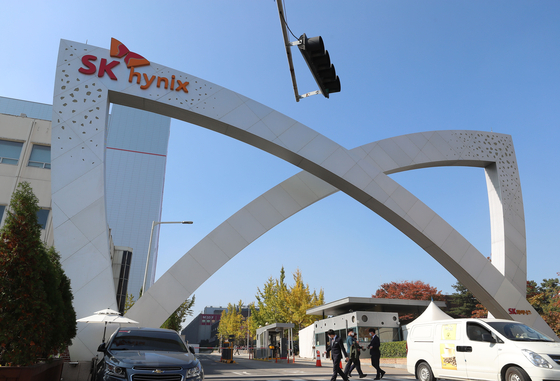 The acquisition of the remaining assets worth $2 billion, including intellectual property on the design of NAND flash wafers and hiring of R&D researchers and the Chinese factory’s workforce, is expected in 2025.

Solidgm will be headquartered in San Jose, California with Lee Seok-hee, president and co-CEO of SK hynix, being appointed executive chairman of the U.S. subsidiary.

Rob Crooke, former senior vice president of Intel, will be CEO of Solidigm, according to a statement released by SK hynix.

The Korean chipmaker clinched the mega-acquisition with an aim of strengthening its position in the NAND flash segment.

SK hynix is the world’s second largest maker of DRAM memory after Samsung Electronics, but its foothold in NAND memory has been smaller. As of the third quarter of this year, SK hynix had a 13.5 percent market share in the global NAND memory market, the third largest after Samsung and Kioxia, according to research firm TrendForce.

Crooke, the CEO of the new unit, echoed that view.

“Solidigm is poised to be the world's next big semiconductor company, which presents an unprecedented opportunity to reinvent the data memory and storage industry,” he said.

“We are steadfast in our commitment to lead the data industry in a way that can truly fuel human advancement.”