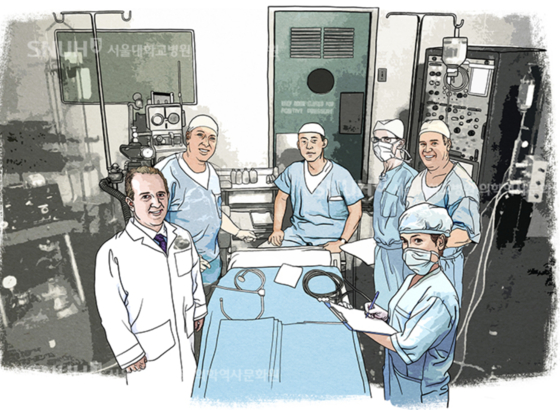 The Economic Development Cooperation Fund of the Export-Import Bank of Korea will provide the 100 billion won ($84 million) to build the hospital for the University of Health Sciences. SNUH will sign the deal with Laos’ Ministry of Health on Jan. 7, according to SNUH.

SNUH already signed a consultation agreement with the Laos ministry and university in November. It will manage the entire project for the next seven years, from construction planning until its opening, and will then provide medical service training and consultation.

Once SNUH finalizes its construction plan, the Laos government will commission a construction company for the project. A Korean company will have to be chosen, as the fund is from Korea.

The new hospital will have 24 departments and 400 beds.

SNUH will invite 24 doctors and eight nurses from Laos to receive training in Korea until the hospital is ready to open. After its opening, Korean medical experts from six departments — internal medicine, surgery, pediatrics, emergency medicine, intensive care, and obstetrics and gynecology — will be dispatched to the new Laos hospital, as requested by the Laos university.


SNUH will receive 6.3 billion won out of the 100-billion-won project budget for its service.

“The demand for medical services is on the rise in Laos, but it lacks the infrastructure to treat patients,” SNUH said. “This project will not only keep Laos patients from traveling overseas [for medical services] but also help the country foster medical professionals as the only Laos hospital with ties to a university.”

This project is Korea’s attempt to give back to the global community for the help it got after the 1950-53 Korean War. Through the Seoul National University Cooperative Project, often referred to as the Minnesota Project under the U.S. International Cooperation Administration (ICA), formerly known as the Foreign Operations Administration (FOA), Seoul National University received aid from the University of Minnesota starting in 1954 for its educational and research programs in its medicine, agriculture and engineering departments. Until 1962, over 200 Korean professors visited Minnesota University for training and to obtain advanced degrees, including 77 medical professors and their assistants.

“If it wasn’t for the Minnesota Project about 60 years ago, Korea might not have been able to establish its name in the medical field,” said SNUH President and CEO Kim Yon-su. “Now is the time to give what Korea has experienced to other developing countries.”

Before SNUH pushed for the project, the Seoul National University College of Medicine also ran its own project to provide medical assistance to Laos. From 2010 until 2020, the school had invited 82 medical staff from Laos to visit as part of its “Lee Jong-wook-Seoul Project,” set up to honor the late director-general of the United Nations World Health Organization. The project also dispatched SNUH staff to train 97 medical workers in Laos.

This isn’t the first time for SNUH to offer its services to an overseas hospital. It also runs the Sheikh Khalifa Specialty Hospital (SKSH) in the United Arab Emirates, opened in 2015, and extended its management contract with SKSH in 2019 for another five years. The nonprofit public hospital has 246 beds.