Ensuring the dignity of death

Ensuring the dignity of death 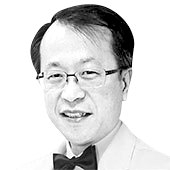 Yun Young-ho
The author is a professor at Seoul National University Medical School and chair of the planning committee of the Well Dying Cultural Movement.

The year of the Ox is giving way to the year of the Tiger. It is the time to wrap up the year and think about the end of life. In January 2016, the National Assembly passed the act on hospice care and patient’s decision on life support. There had been many troubles in the course of the legislation.

In August, the Ministry of Health and Welfare hosted an event celebrating 1 million people who signed on documents on whether to receive life-sustaining treatment. But I felt guilty because the law fell short of meeting public expectations when terminal patients and families facing tragic deaths were still suffering, not to mention dignified deaths. A total of 85.6 percent of people over 65 oppose meaningless life-sustaining treatment, and more than half of citizens are willing to sign the statement. But only 2.2 percent of the adults actually participated. 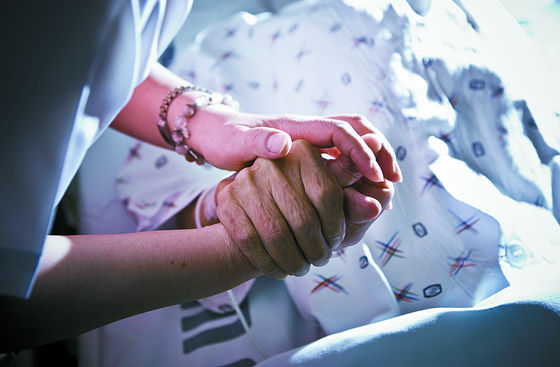 
Only 18 percent of the people who died last year followed the process of life-sustaining care decision defined by the law. There are no statistics on whether the remaining 82 percent received CPR, and as a result, life-sustaining care increased, or whether the practice of getting an DNR (do not resuscitate) agreement still exists thought it cannot be protected by the law. I am afraid that the law made for well-dying actually undermines the dignity of death by extending the period of staying at the boundary of life and death.

Hospice infrastructure was to be expanded over two years after the legislation, but there are only 1,429 beds, 57 percent of the needed 2,500. Also, hospice patients are restricted to four diseases — cancer, AIDS, chronic obstructive respiratory disease and chronic liver cirrhosis. Other patients in late stages of terminal illnesses cannot use the system.

Only 60 patients of the three diseases other than cancer used hospice in three years. As only 6.7 percent of all deaths used hospice, the equity is a serious issue in well-dying. And 17 of the 88 hospice facilities were used as dedicated Covid-19 hospitals, for a loss of 261 beds. While the “living” are prioritized, it is the worst tragedy that deaths of terminal patients are treated lightly. After the number of people waiting to be admitted to hospice doubled, the number of cancer patients dying in the emergency room increased. The government deserves criticism.

Lone deaths, killings by caregivers, and double suicides continue because of ineffective policies even as a super-aged society approaches. The state responsible for dignified death should diagnose the reality of death and specifically propose what kind of care it would provide to the suffering terminal patients and their families.

People want a broad sense of well-dying that includes expanded hospice and life-sustaining care decisions, joint support for the elderly living alone, adult guardians, organ donation, charitable bequests, drafting a biography and funeral process. Many citizens agree that this can be an alternative to physician-assisted suicide or euthanasia. The government must hurry to draw up policies to promote donations to a care community for terminal patients, establish a well-dying culture foundation, fix a procedure to verify letter of intent for inpatient life-sustaining care, provide health care coverage for care planning consultation, as well as expand and assist hospice patients.

The purpose of well-dying is not to give a burden to the families and instead to be remembered as a completion of life rather than fear and suffering. If the government ignores the national wish for well-dying, it could lead to a strong wave of legalizing euthanasia, which is the global trend.

President Moon Jae-in is the one responsible for dignified death of all people at the national level. In the United States, former President Jimmy Carter started the practice of sending a message of gratitude to the medical workers and volunteers, including hospice care employees, every November, mourning for the dead and encouraging the bereaved families. Presidential candidates in Korea must not follow the path of former presidents who ignored death of the people and respond to the national demand for dignified death.