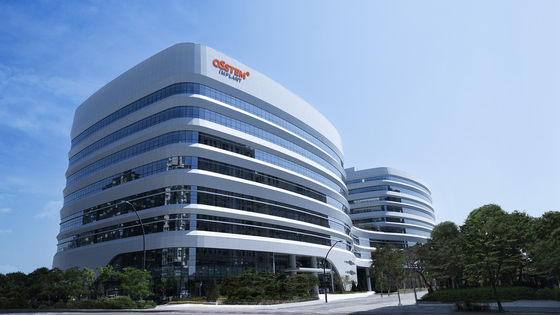 
A finance department employee skimmed 188 billion won ($158 million) off the books of Osstem Implant, the company claims, and the local press reports that much of the money was poured into a volatile Kosdaq stock.

According to Osstem, the manager of its finance department transferred company money to his personal bank account and forged bank statements to show that the funds were still in the company account.

"We filed a complaint with the Seoul Gangseo Police Precinct on Dec. 31," the company said in a regulatory filing. “We will make every effort to recover the funds.”

The amount embezzled is close to the value of the company in terms of shareholder equity, and Osstem Implant's stock has been suspended from trading on the Kosdaq market.

According to unsourced reports in Money Today and the Financial News, the same person used the funds to purchase 7.62 percent of Dongjin Semichem for 143 billion won.

They add that the person sold most of the stake but still owns 1.07 percent of the company.

Osstem said that the employee taking the money was surnamed Lee, while the newspapers said the same Lee bought the stake in Dongjin Semichem. According to a filing with the Financial Services Commission, a Lee Eun-sik bought 7.62 percent of the company on Oct. 1.

Seoul-based Dongjin Semichem is a maker of chemicals for semiconductor and display manufacturing. It has more than doubled in value from 2021 lows, though the Kosdaq-listed stock was down more than 8 percent on Monday.

People claiming to be retail investors are venting online about the situation at Osstem and worrying about a possible delisting of the company.

"How come the company didn't notice it when an employee embezzled 188 billion won," a post read. "How could a company's system be that insecure?"

"What did we do wrong?" a post by a person identifying themselves as a Dongjin Semichem investor read.

Established in 1997, Osstem Implant is Korea's largest manufacturer of dental implants. It generated 103.5 billion won in net profit in 2020 and 631.6 billion won in revenue.

Osstem Implant's market capitalization stood at 2.04 trillion as of Friday.