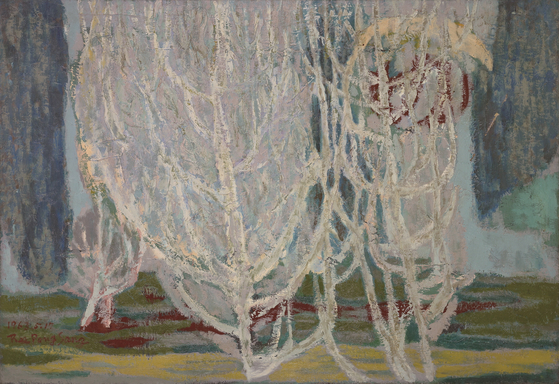 
Some of the nation’s major museums and commercial galleries, such as Samsung’s Leeum Museum of Art, Seoul Museum of Art (SeMA), Kukje Gallery and Hakgojae, all of which are located in central Seoul, have unveiled their plans for 2022.

Others, like the National Museum of Modern and Contemporary Art (MMCA) will reveal their plans for the Year of the Tiger at a later date.

Leeum announced Wednesday that it will host three exhibitions in the first half of this year: one that showcases eight artists’ works of different genres, and two solo exhibitions.

The first exhibition, “Artspectrum 2022” (translated), supports local rising artists that “represent the current state of contemporary art in Korea,” as quoted by the museum.

This year marks the 7th edition of the biannual exhibition after the last one held in 2016. A committee of Leeum’s curators and curators from outside the museum have gotten together to introduce different artworks from eight artists, including video art and paintings. “Artspectrum 2022” will open in March and run through June.

A solo exhibition of 37-year-old American artist Ian Cheng will make its way into Leeum from March to June. Cheng, who uses artificial intelligence (AI) and interactive technology in his pieces, will hold his first-ever solo show in Asia. The name of the exhibition has not been disclosed. Cheng focuses on creating artificial lifeforms, such as an AI creature named “BOB (Bag of Beliefs),” “whose personality, body and life script evolve across exhibitions,” according to his official website. Leeum stated that the exhibition will display Cheng’s own artistic universe through these ever-evolving creatures. 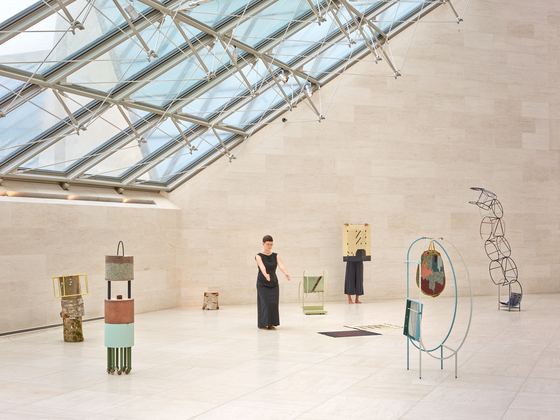 
Seoul-based visual artist Suki Seokyeong Kang is set for her first large-scale solo exhibition at Leeum from April to September. Kang previously participated in the 58th Venice Biennale in 2019, where she presented two installation pieces. She was the winner of the Baloise Art Prize in 2018, awarded to emerging artists by annual international art fair Art Basel. It is also Leeum’s first time to host a solo exhibition of a Korean artist since it reopened its doors in October after being virtually dormant since 2017.

Leeum is open Tuesdays to Sundays, from 10 a.m. to 6 p.m. but reservations are required in advance and can be made on the museum's website (www.leeum.org). Admission for all exhibitions is free.

At SeMA, six new exhibitions will open to the public in 2022. 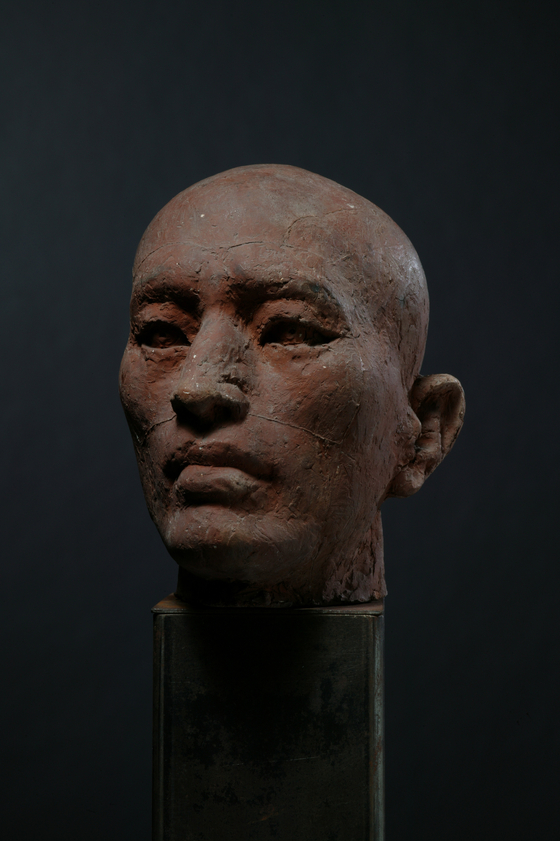 
A special exhibition celebrating the 100th anniversary of sculptor Kwon Jin-kyu’s (1922-73) birth will open in March. The collection of artwork is donated by Kwon’s family and the Kwon Jin-kyu Commemoration Foundation.

In June and December, solo exhibitions of foreign artists are set to take center stage. While the December exhibition has not yet been revealed, in June, French contemporary artist Jean-Michel Othoniel will be spotlighted.

SeMA is open every day except Mondays. On weekdays, exhibitions are open from 10 a.m. to 8 p.m. On weekends and holidays, SeMA is open until 6 p.m. until February. For more information, visit the official website (sema.seoul.go.kr). 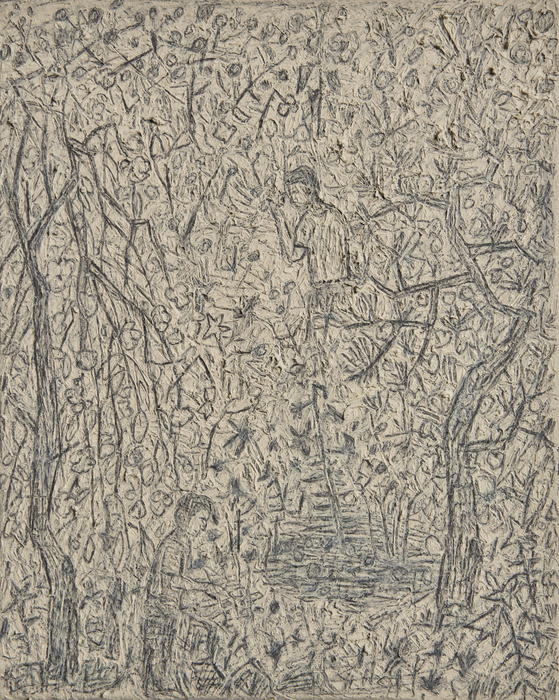 The first exhibition, starting Jan. 21, is a solo show of 41-year-old artist Sungsic Moon, titled “Sungsic Moon: Life,” at the Busan branch. Moon will showcase about 100 new drawings, marking his third time to exhibit his works at Kukje Gallery. He is known for his special technique of scratching into half-dried paint, which leaves a unique rigid texture on canvas.

In the Seoul branch in Jongno District, central Seoul, on Feb. 15, 86-year-old artist Ha Chong-hyun, known for his monochrome paintings, will introduce his new artworks in his “Conjunction” series through a large-scale solo exhibition. The “Conjunction” series are Ha’s most famous works, which he began creating in the mid-1970s. He made the pieces by pushing oil paints from the back of a rough canvas so they are pushed out the front. 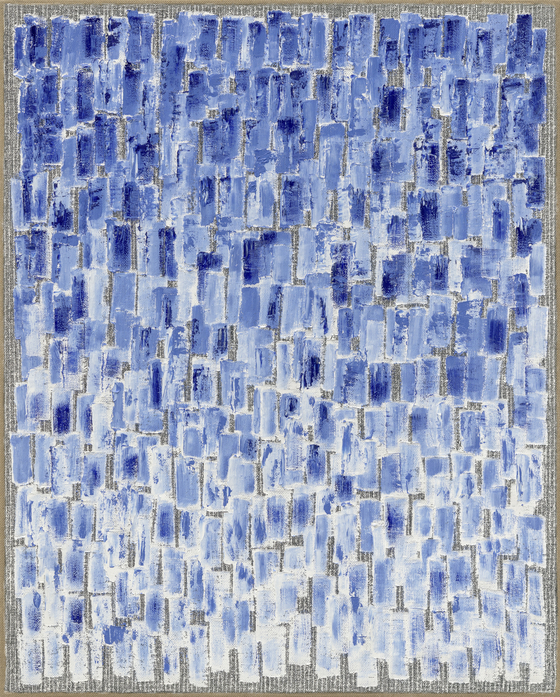 
On April 5, Swiss contemporary artist Ugo Rondinone will have his third solo exhibition in both the Seoul and Busan branches, showcasing his paintings and sculptures. Rondinone works in a wide range of mediums, including painting, sculpture, photography and video, through which he explores the psychological aspects of the relationship between humans and nature.

A retrospective of the late abstractionist Yoo Young-kuk (1916-2002), commemorating 20 years of his death, will be held from June 9 to Aug. 31 at the Seoul branch. Titled “The Mountain within Myself,” the exhibition will show some 50 pieces that showcase his works from the 1960s to the 1980s and his impact on Korean art. The works include those from the collection of significant museums and organizations, like the late Samsung Group chairman Lee Kun-hee’s collection.

In September, Berlin-based artist duo Elmgreen & Dragset, consisting of Michael Elmgreen and Ingar Dragset, will have its first Busan solo exhibition. The pair have worked together since 1995 and pursue versatile questions of social and political discourse through various art forms including architecture, installations, sculptures and performances. Their work has been included in biennales all over the world, like the 15th Istanbul Biennale (2017) and the 53rd Venice Biennale (2009). 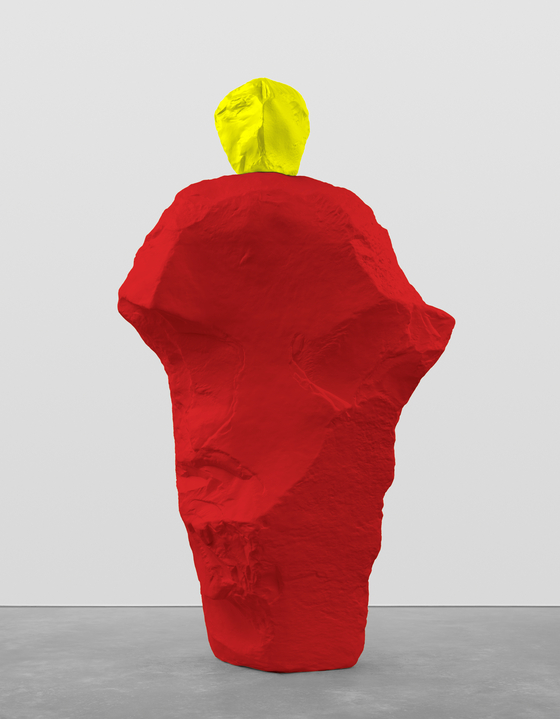 
During the same month, there will also be a special joint exhibition that showcases works of American sculptor Alexander Calder (1898-1976) and 85-year-old Korean artist Lee Ufan. Kukje Gallery cited them to be artists that have transcended genres, striving to approach abstract art in their own distinctive ways. Each of their artworks, like Calder’s mobile and stabile pieces, show their own artistic values and intentions.

Kukje Gallery’s Seoul branch is open from 10 a.m. to 6 p.m. every day. On Sundays it closes at 5 p.m. For more information, visit the official website (kukjegallery.com)

Hakgojae has plans for 11 exhibitions this year, most of which are solo exhibitions of artists that transcend different generations and nationalities. 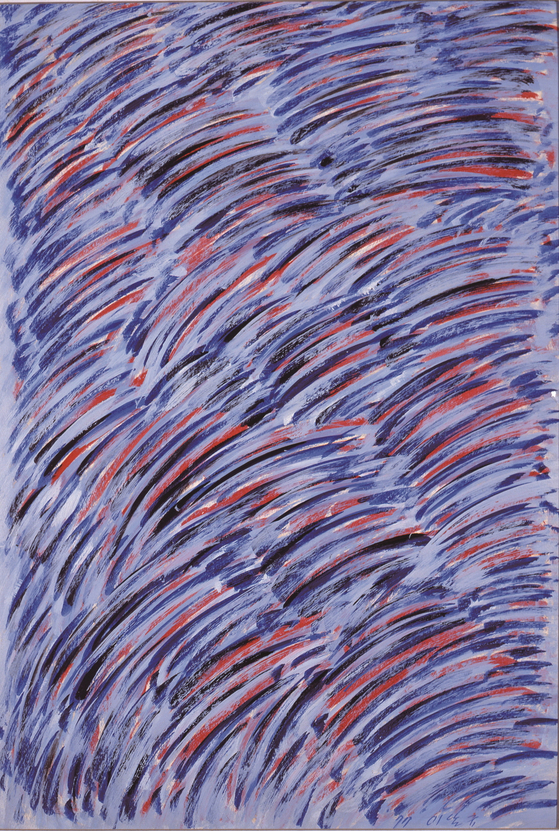 On Feb. 16, a solo exhibition of 46-year-old Swedish contemporary visual artist Andreas Eriksson will be on view. Eriksson represented the Nordic Pavilion in the 54th Venice Biennale in 2011, and previously held his first solo exhibition at Hakgojae in 2019. At the time his paintings, tapestry and sculptures were displayed, but this new exhibition will focus on a series of his paintings.

Noh, using photography, records the political and social aspects of contemporary Korean society. This will be his first return to Hakgojae in 10 years. 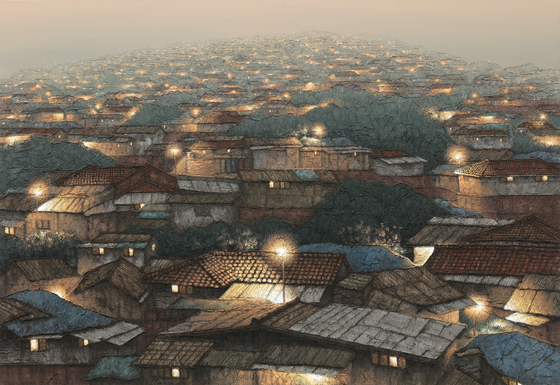 
Joung paints cityscapes of daldongnae, or Korean shantytowns, depicting how they are disappearing due to rapid urban development. In March 2020, Joung revealed on social media that RM of boy band BTS had bought one of her paintings and thanked him for sending her a picture of it.

Jeju-based Kang, who usually illustrates the lively natural landscapes of the island, will display his new artworks in September. A solo exhibition of multimedia artist Yang Soon-yeal, 62, will simultaneously be on view.

Hakgojae sheds light on young artists who are affiliated to the gallery in the latter half of 2022: 37-year-old Heo Su-young, 35-year-old Kim Eun-jeong and 38-year-old Lee Woo-sung.

All exhibitions at Hakgojae are available to view online at Hakgojae Oroom (online.hakgojae.com). The platform first opened in November 2020 and displays a wider range of artworks, in addition to some that are not included in the offline exhibitions. Both Hakgojae Gallery and Hakgojae Art Center are open Tuesdays to Sundays, from 10 a.m. to 6 p.m.