Car shortage to continue in 2022 as chips still lacking

Car shortage to continue in 2022 as chips still lacking 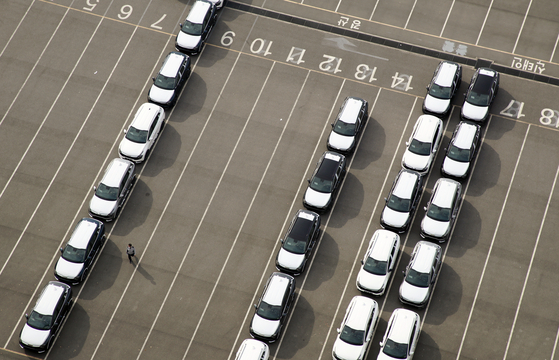 
Car shortages will continue into 2022 as a solution to the chip shortage remains elusive, and the prices of second hand vehicles are rising fast as a result.

System basis chips (SBCs) used in cars were all sold out as of Tuesday on the website of Neubiberg, Germany's Infineon, a chip supplier.

With cars becoming high-tech, more chips are needed to make a vehicle. Chips control many functions in cars, including those used in autonomous driving, parking assist and airbag deployment. Infineon says chips are used in over 20 functions in each car.

Market tracker LMC Automotive projects that there will be 82.6 million cars manufactured in 2022, down 9.3 percent from an estimated 91.1 million in 2021.

"Several chip suppliers have been referring to structural problems with demand," said Mercedes-Benz Chairman of the Board of Management Ola Kälenius at a press event in September last year. "This could influence 2022."

Car chip suppliers are investing more in chip plants to ramp up production, but it will take four or five years to finish construction or increase production to match demand.

With fewer chips, customers are forced to endure long waits to get their cars.

According to car purchase information website Getcha, in December, it took an average six months for people to receive a Hyundai Motor Avante after ordering. The waiting time was longer by a month compared to the wait in October. It took nine months to get the Santa Fe Hybrid in December, a month longer than in October.

It takes eight months to get the Ioniq 5, and more than a year to get Volvo's XC60. A Mercedes-Benz E-Class vehicle takes about five to six months.

Car prices are going up globally, along with those of secondhand cars.

Based on data from Irvine, California's Kelley Blue Book, the average price of a new vehicle in the United States was $45,000 in September last year, up 12 percent on year. Secondhand car prices rose by 29 percent to $29,000.

The institute agreed that new car prices will continue to rise.

"It is hard to ease the upwards pressure on car prices in the short term, and the issue will be prevalent locally," said Lee Ho-joong, a researcher at KATI. "Prices will continue to rise even next year both locally and globally."