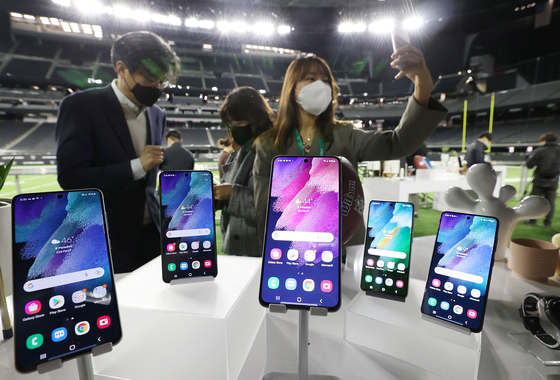 Reporters try out the Galaxy S21 Fan Edition (FE) 5G model introduced by Samsung Electronics on Tuesday, a day before the CES 2022 tech festival opens in the Las Vegas Convention Center. The new phone will be cheaper but have features similar to the company's flagship Galaxy S21. [YONHAP] 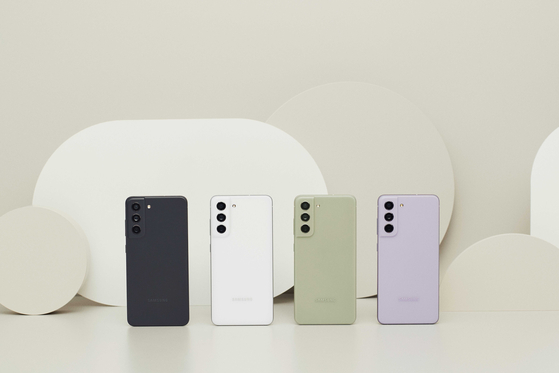 
Samsung Electronics will introduce the cheaper Galaxy S21 Fan Edition (FE) 5G model while rival LG Electronics will unveil the largest and smallest organic light-emitting diode (OLED) TVs on the market to kick off the CES 2022 in Las Vegas.

Samsung Electronics announced the release of its new smartphone on Tuesday, a day before the CES officially starts. The new model will be cheaper than the original Galaxy S21 model yet offer similar features.

The Galaxy S21 FE 5G is slightly larger and heavier than the original with a 6.4-inch display and 177-gram weight.

It comes with the same processor and display. The 12-megapixel main camera is the same, but the selfie camera is 32 megapixels compared to 10 megapixels on the original Galaxy S21.

One main difference is the color arrangement on the back of the phone.

The camera island on the new phone is the same color as the body. On the original Galaxy S21 model, the colors were different. The Phantom Violet Galaxy S21 came with a rose-pink camera island.

It will officially launch on Jan. 11 in Europe. The date for Korea has not been decided yet, according to Samsung Electronics. 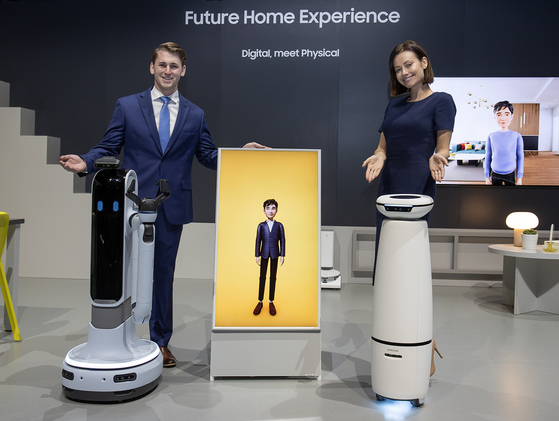 The Samsung Bot Handy robot, left, and the Samsung Bot i robot will be used to help around household chores in the future. [SAMSUNG ELECTRONICS]

The robot, called Samsung Bot i, will follow its owner around the house and offer help with chores, communicating directly. The robot on display at CES is just a prototype model and more details on its functions and capabilities will be explained in the future, the company said.

The Samsung Bot i follows the Samsung Bot Handy robot, introduced at last year's CES as a home assistant that can pick up laundry or put away dishes.

Samsung is also jumping into the non-fungible token (NFT) market as a tie-in to its television sets. At CES, it will present the world’s first NFT sales platform where people can buy and store NFTs of various kinds designed specifically for TVs. 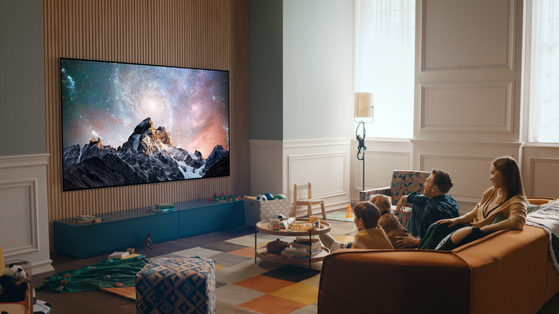 The new 97-inch OLED TV developed by LG Electronics is the largest OLED TV in the world, according to the company. [LG ELECTRONICS]


Rival LG Electronics is presenting two new sizes of OLED TVs: 97-inches and 42-inches. The 97-inch TV will be the largest OLED TV in the world and the 42-inch model will be the smallest. Both are in the LG OLED evo lineup.

While the larger model is aimed at living rooms, the smaller is meant to be a second television in a bedroom. 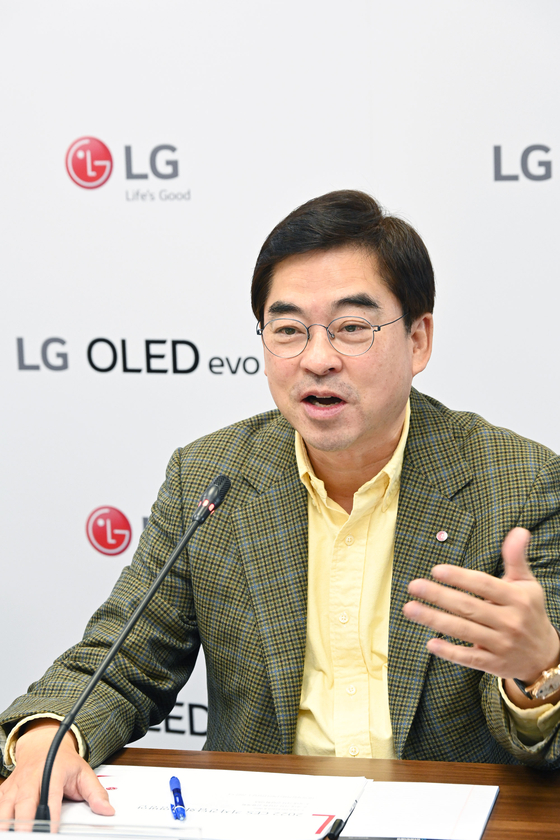 “This has led to increased sales of OLED TVs, which have been our strength since launching our first product in 2013. We have been selling 200 million to 220 million TVs every year, and we believe that the trend will continue along with rising demand for premium TVs.”

OLED TVs are pricier than liquid-crystal display (LCD) TVs due to the technology needed to produce the panels. But they deliver improved contrast, a rich color range and low energy consumption as a film of organic compound emits light directly without the need for a backlight.

LG Electronics is the No. 1 manufacturer of OLED TVs with over 60 percent market share, followed by Sony, Panasonic and Philips.

Analysts are keeping a close eye on Samsung Electronics, which is reportedly in talks with LG Display, 37.9 percent owned by LG Electronics, for a 3-trillion-won ($2.5 billion) deal to buy the LG subsidiary’s OLED panels this year.

Samsung has not revealed any plans for OLED production yet, and introduced upgrades to its Micro LED TVs on Monday. Even if Samsung jumps into the OLED race, LG is okay with it, according to Park.