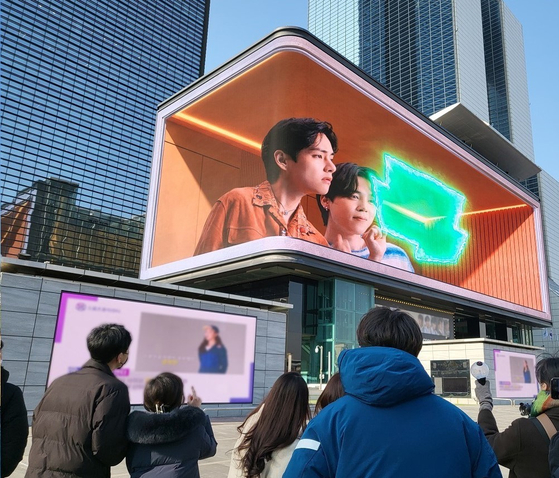 Passersby stop and look at a supersized digital advertisement of HYBE’s new webtoon and webnovel “7Fates: Chakho,” which features BTS, at Coex’s K-pop Square in Gangnam District, southern Seoul, on Tuesday. According to Naver Webtoon, the digital ad is an extension to “Webtoon X BTS,” a teaser webtoon for the series that was published late December. The advertisement is set to continue until Jan. 14. “7Fates: Chakho” premieres on Jan. 15 in 10 different languages. The English version will be available through webtoons.com/en/. [NAVER WEBTOON]

Boy band 2AM collabs with Kakao Webtoon for new song