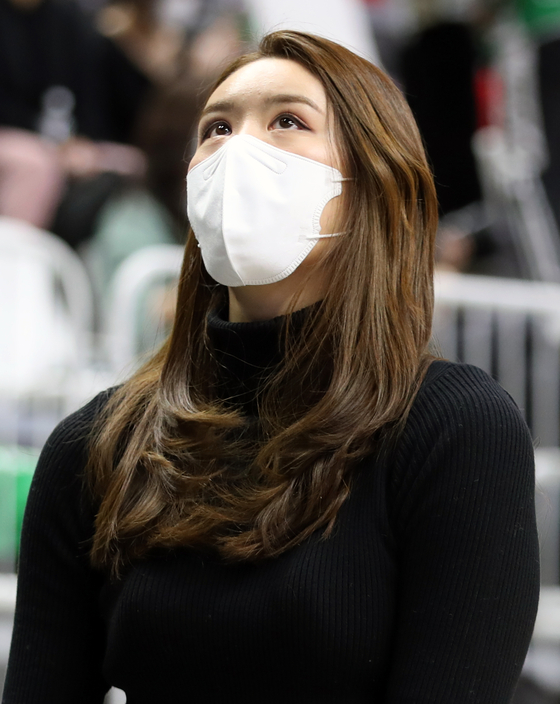 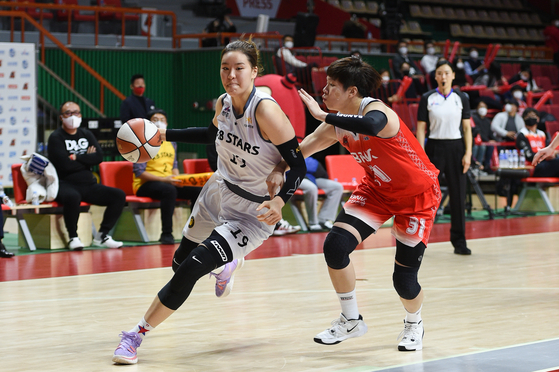 
The Cheongju KB Stars are still looking like the team to beat in the WKBL this season, as they extended their winning streak to nine matches with a win against Bucheon Hana 1Q 90-69 on Sunday.

With more than half of the regular season now played, the KB Stars are dominating. The Cheongju team have played 19 matches, only dropping one against Asan Woori Bank Wibee 74-72 on Nov. 26 last year.

The KB Stars opened the season by winning their first nine matches straight, the most in the club's history. Even after Woori Bank cut that streak short, the Stars are back on track to extend the club’s longest winning streak and possibly even win the trophy with the highest winning rate in the league’s history.

But that won’t be an easy task as the Stars will have to win all remaining 11 matches to achieve the highest winning rate in WKBL history.

Woori Bank are currently the team to beat when it comes to record winning rate, recording a .943 rate in the 2016-17 season with 33 wins and two losses. At the time, each WKBL club played 40 games. The runners-up are Shinhan Bank with a winning rate of .925.

The highest winning rate the KB Stars have ever reached is .800 in the 2018-19 season, when they won 28 matches and lost seven to take the title. If the Stars win six more matches, they will be able to break their own team record.