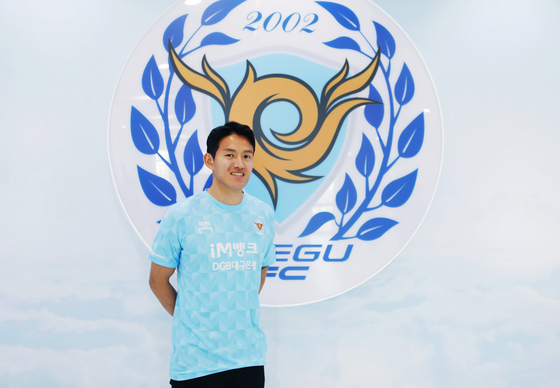 The 33-year-old defender debuted in 2010 with Seongnam Ilhwa Chunma and, after playing three years for the Seongnam side, joined the Suwon Samsung Bluewings in 2013. He played for the military side Sangju Sangmu from 2017 to 2018, then rejoined the Bluewings, where he made a total of 40 appearances and scored one goal.

This season, Daegu finished the K League regular season in third place behind leader Jeonbuk Hyundai Motors and runner-up Ulsan Hyundai. That third-place finish was the best in the club's history. Daegu also made it all the way to the FA Cup final, although they fell apart at the final stage, losing the cup to K League 2 side Jeonnam Dragons.