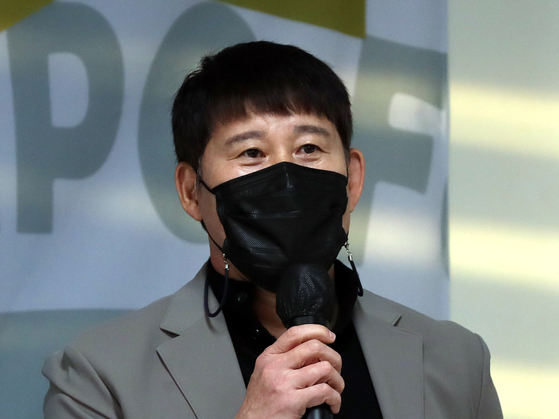 
The K League announced Tuesday that Gimpo FC will play in the K League 2 and a playoff will be added to the promotion-relegation playoff starting next season.

Starting this season, in addition to the previous promotion-relegation playoff, the 10th K League 1 club — the second-from-last in the 12-team league — will need to play the winner of a series of playoffs played between the third to fifth K League 2 clubs. Only the top nine K League 1 clubs will be guaranteed to stay in the top tier without playing a promotion-relegation playoff.

The new addition to the playoffs is partially because Gimpo FC will be joining the 10 K League 2 clubs in the second division league starting this season. Founded in 2013, Gimpo won their first-ever third division league title last season. K League 2 clubs last season played 36 matches per club, but now with the addition of Gimpo, a total of 11 clubs will each play 40 matches.

Gimpo was promoted to the K League 2 on merit, as there isn't currently a promotion-relegation system that exists between the K League 2 and the third-tier K3 League. The introduction of such a system is planned in 2023.