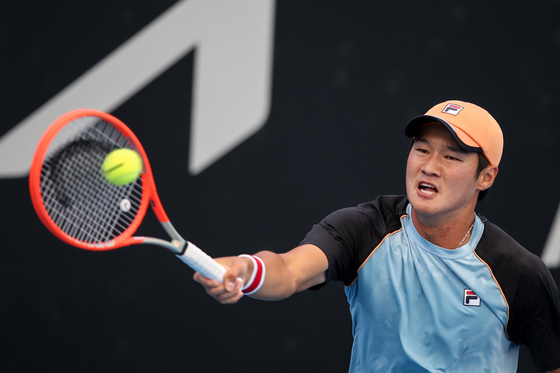 Kwon Soon-woo stretches for the ball during a match against Yoshihito Nishioka on Day 1 of the the Adelaide International Tennis Tournament at Memorial Drive in Adelaide, Australia on Monday. Kwon has reached the Round of 16 in both the singles and doubles tournaments at the Adelaide International, having also partnered with Artem Sitak to beat Roberto Carballes Baena and Laslo Dere in the first round of the doubles tournament on Tuesday. [EPA/YONHAP]