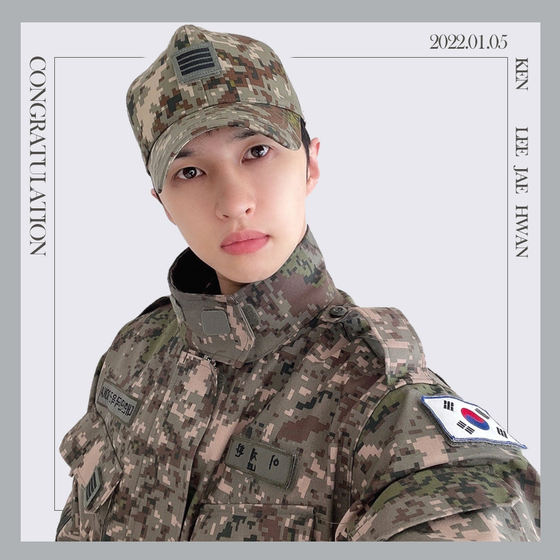 
Ken of boy band VIXX was discharged from his mandatory military service Wednesday, according to his agency Jellyfish Entertainment.

The agency uploaded the news with a picture of Ken wearing his military uniform on its official social media accounts such as Instagram and Twitter.

Ken began his military service in July 2020. No event was planned to celebrate his discharge to prevent the further spread of Covid-19.

“Ken, who is back in a healthy state of mind and being, is planning to be active in a variety of fields this year,” the agency stated.