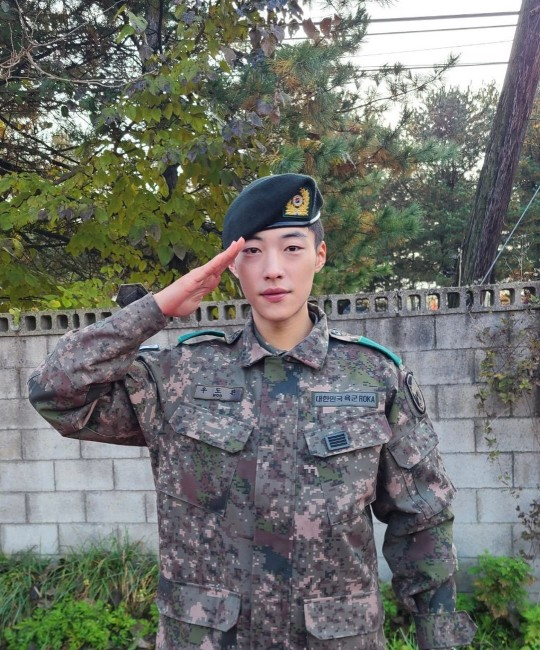 
Actor Woo Do-hwan has completed his mandatory military service, according to his agency Keyeast on Wednesday.

Woo entered the military in July 2020 and was on vacation leave from Oct. 31 last year.

For the prevention of the further spread of Covid-19, Woo was immediately discharged after his vacation without returning to his base.

Woo uploaded a post on his Instagram on Nov. 1 to thank his fellow soldiers. “Thank you for being my friend and family,” it read.

Woo will return to acting straight away, appearing in the upcoming Netflix Korea original series “Hunting Dogs.” The story revolves around three youths who enter the moneylending business and get swept up in crime.

Woo portrays one of the leads named Gun-woo, who becomes involved in the business to pay off his own debt. Other actors such as Lee Sang-yi, Kim Sae-ron and Huh Joon-ho have also been cast for the series.