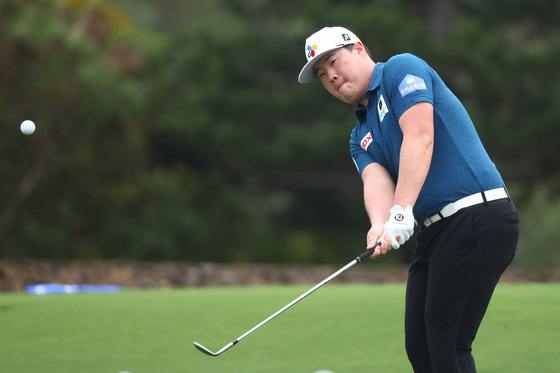 Im Sung-jae plays a shot during a practice round prior to the Sentry Tournament of Champions at Plantation Course at Kapalua Golf Club on Monday in Lahaina, Hawaii.[AFP/YONHAP]


Lee Kyoung-hoon, Im Sung-jae and Kim Si-woo start off the new year teeing off at the the Sentry Tournament of Champions on Thursday at Kapalua Plantation Course in Kapalua, Hawaii.

The Sentry Tournament of Champions is open to 39 golfers that won more than one title in the 2021 calendar year. The three Korean golfers earned their spot in the competition with one title last season.

Im won the Shriners Children’s Open on Oct. 10, 2021 at TPC Summerlin in Las Vegas, Nevada, winning his second PGA Tour title in his 100th start. Im overcame a three-shot deficit from moving day, shooting a final round of 9-under, 62, and winning by four shots over Matthew Wolff of the United States.

“I am No. 26 on the world rankings as of now,” said Im. “I want to do better and reach No. 20 and stay there. My iron form is okay, my putting not as much. I need to practice my three, four-meter-long putts.”

Of the three Korean golfers, Im is the only one to have played the 2020-21 Sentry Tournament of Champions after winning the 2020 Honda Classic on March 1, 2020. He finished tied for fifth, carding a 21-under-par, 271, alongside Xander Schauffele of the United States.

"This is my second time playing the Sentry Tournament,” said Im. “I did okay last time and I want to do well this time too. But because it is my first competition of the year, I don’t want to overdo myself. I will observe my game and try to do my best.” 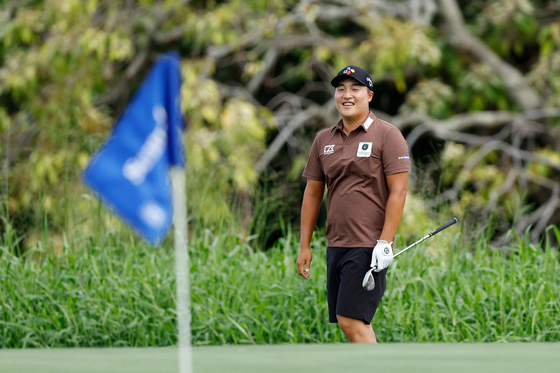 Lee Kyoung-hoon looks on during a practice round prior to the Sentry Tournament of Champions at Plantation Course at Kapalua Golf Club on Monday in Lahaina, Hawaii.[AFP/YONHAP]


Lee earned his spot on the Sentry Tournament after winning his first PGA Tour title at the AT&T Byron Nelson on May 16 last year. Lee carded a score of 25-under-par, beating Sam Burns of the United States by three strokes.

“I think I felt anxious before my first win,” said Lee. “Every tournament, I had to think about the Tour card and I felt the pressure that I needed to do well. Of course I still think that I need to play well but I do feel more relaxed.”

“I stayed in Korea for about 20 days, then I flew back to Orlando to practice,” said Lee. “My last season was great, but I still have a few things I want to improve. I want to play more consistently and so I practiced my iron game.”

This is the first time that Lee has played the Sentry Tournament.

“I am so excited to play the Sentry Tournament for the first time,” said Lee. “It’s a great way to start the year and the weather is nice so I hope to play well.”

“Lots of up and downs on the course, but because the course is wide, driver shots shouldn’t be too difficult,” said Lee after his practice round. “But the wind is the variable. I will try to shave off strokes when it’s less windy and when there is wind, my strategy will be to try and keep my score.” 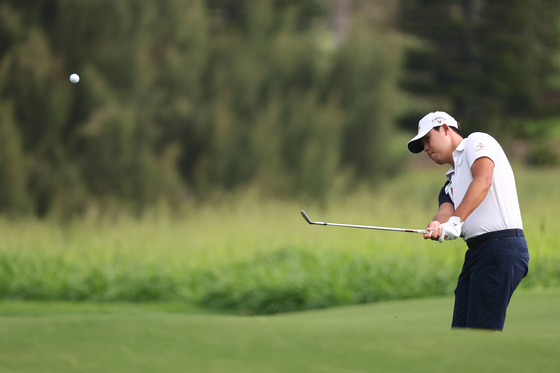 Kim Si-woo plays a shot during a practice round prior to the Sentry Tournament of Champions at Plantation Course at Kapalua Golf Club on Monday in Lahaina, Hawaii.[AFP/YONHAP]


Kim earned his spot in the 39-man tournament after winning The American Express in La Quinta, California on Jan. 24, 2021. Kim shot a final round at 8-under, 64, to win one stroke ahead of Patrick Cantlay of the United States and claim his third PGA Tour title. In August of 2021, Kim narrowly missed out on a trophy after tying for the lead with five other players after 72 holes at the Wyndham Championship. Kevin Kisner of the United States took the title in the playoff.