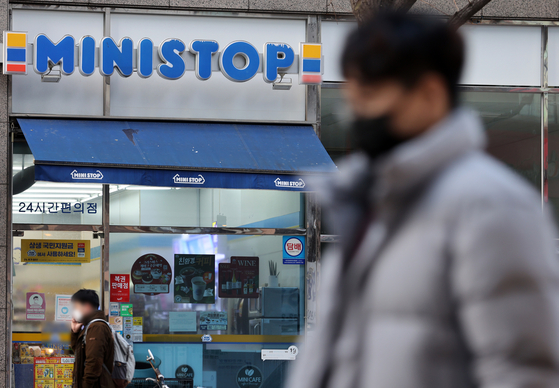 
Lotte and Shinsegae are going head-to-head to buy Ministop Korea, both hoping to expand their footprints in the convenience store market.

Lotte Corp. was reported by local media, citing investment banking sources, to have submitted a letter of intent to acquire all of Ministop Korea. Ministop is the fifth largest convenience store in the country and is headquartered in Chiba, Japan.

The company has not commented on the reports.

Shinsegae’s Emart24 was reported in December to have submitted a preliminary bid.

Lotte Corp. owns 79.66 percent of Korea Seven, a licensee that runs the 7-Eleven convenience store chain in Korea. It had 11,750 branches as of 2020, and acquiring 2,603 Ministop branches would instantly boost the company's market share.

Specific pricing for the deal has not been disclosed, but the estimated price is around 200 billion won ($166 million).

Lotte and Shinsegae previously competed to acquire eBay Korea. Lotte Shopping walked away from the deal, and Emart won the bid, becoming Korea’s second-biggest e-commerce player from its previous position in fifth.

The two also competed to acquire Ministop Korea in 2018, but that deal was scrapped.