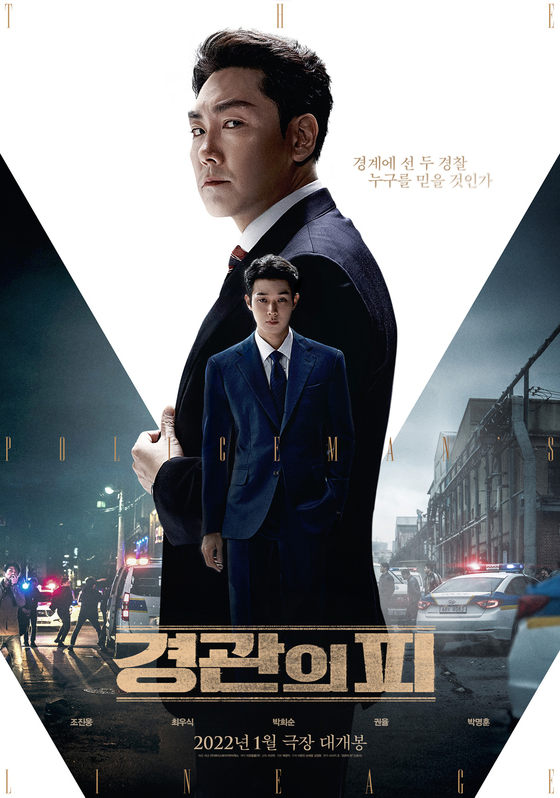 A poster for crime drama ″The Policeman's Lineage” (2022) [ACEMAKER MOVIEWORKS]

The information system run by the Korean Film Council (Kofic) revealed that “The Policeman's Lineage” garnered around 64,000 moviegoers on the first day of its release and replaced “Spider-Man: No Way Home” (2021) in the top spot.