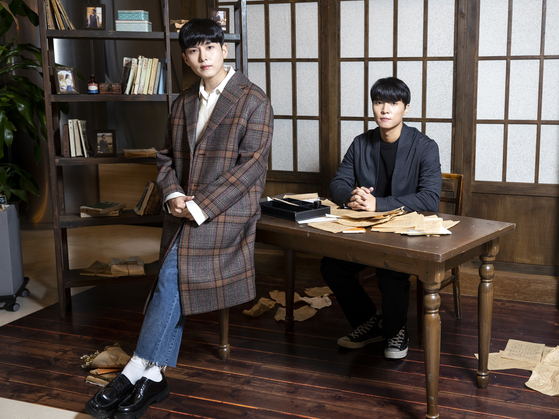 
We rarely write handwritten letters nowadays, let alone personal emails. But sometimes, especially when we are knee-deep in a global pandemic, it can be comforting to think about how things were before.

Comprised of lengthy correspondences, naive love and fiery passion, the musical “Fan Letter” is the perfect show for a taste of nostalgia.

Set in the early 20th-century Kaeseong, Korea, during Japanese colonial rule, “Fan Letter” is an original musical that centers around star writer Hae-jin and his fan and assistant Se-hun. Se-hun is also an aspiring writer.

The letters begin when Se-hun writes to Hae-jin as a fan under the pseudonym of Hikaru, a female Japanese name. But troubles arise when Se-hun finds out that Hae-jin has actually fallen in love with Hikaru and has made her his muse.

Not wanting to disappoint Hae-jin by revealing that he has in fact fallen in love with a mere boy, Se-hun decides to continue the lie. In the letters that the two exchange, the fictitious Hikaru begins to take on a life of her own.

It is also the first Korean musical with an original script that has been performed in Taiwan. The Korean cast was invited to Taiwan’s National Taichung Theater for three days in 2018. This month, a Chinese production of the musical is slated to open at Shanghai Culture Square Theater. 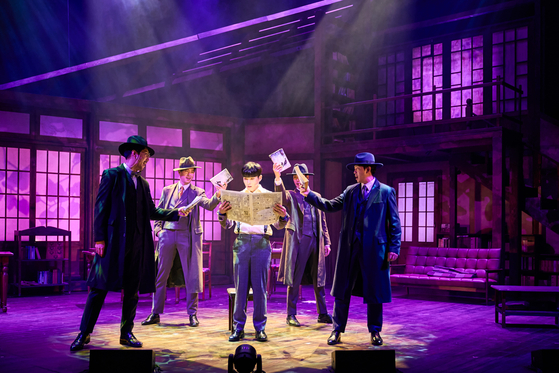 Ryeowook as his character Se-hun during a scene in "Fan Letter." [JOONGANG SUNDAY]

Baek made his debut in the musical “Hwarang” (2010). Some also know him as the singer who appeared on JTBC's music entertainment program “Phantom Singer” early last year. Baek also starred in the 2019 production of “Fan Letter,” taking on the role of Se-hun the assistant.

Ryeowook debuted in 2005 in the boy group Super Junior. He has pursued a career in musical theater since 2011 and has been in six musicals and one play.

Baek and Ryeowook recently sat down with the JoongAng Sunday, an affiliate of the Korea JoongAng Daily, to discuss their roles in “Fan Letter.” The following are edited excerpts.

How did you feel when you were cast for the recent production of “Fan Letter”?

Baek: I was actually offered the role of Se-hun which I declined after contemplation. I’m still trying to find my footing as an actor, and I had already played the youthful schoolboy-type character. So, I wanted to try something new. But then, I got offered the role of Hae-jin. I was very glad and thought to myself that I must be destined to take a part in this musical! In my new role as Hae-jin, I would like to be the Hae-jin that people want to see again. I even lost 10 kilograms [22 pounds] for the role because Hae-jin is supposed to be very weak and sick.

Ryeowook: I found the character to be very similar to me. Like Se-hun, I enjoy being by myself. Back when I was preparing to become a K-pop group singer, I would always practice by myself in front of the mirror. Mirrors were my friend, just like how Se-hun always talks to Hikaru by looking into the mirror. And I am also similar to Se-hun in that I trust people very easily.

Aspiring writer Se-hun writes letters to his role model Hae-jin as a true fan filled with admirations and fantasies about the famous writer. Have you ever been a fan of someone?

Baek: I don’t think I have ever held fantasies about a person although I do admire people from time to time. When I played Se-hun [in the previous production of “Fan Letter”], I tried to express a sort of desperate love toward his role model.

Ryeowook: I was a huge fan of K-pop singers and groups growing up. I especially liked Bada, the lead vocalist in the 1990s trio SES. Back then, I had fantasized that she was an actual fairy! But now, I see her as a close friend who I can talk with and share my concerns. When I am playing Se-hun, I approach it as a boy who has a lot of love for his role model Hae-jin. I feel like Se-hun sees a sort of mother-figure in Hae-jin. To Se-hun, Hae-jin is someone who truly sees him, warmly comforts him and watches over him.


Se-hun has two identities — himself and his alias, Hikaru. You both are singers and musical theater actors. Do you two have a side of yourself that you better identify with?

Baek: I definitely identify more as an actor. I feel more comfortable playing a character than having to express myself. Everything I do these days is to promote myself as a musical theater actor to the public. It’s also the reason that I decided to go on the entertainment show “Phantom Singer.”

Ryeowook: To be honest, I think of myself more as a singer and a member of my group Super Junior than as a musical theater actor. I always introduce myself as “Ryeo-wook from Super Junior.” My base lies with my career in K-pop and because of my past, I am able to be here and try new things like musical theater.


“Fan Letter” is also seeing international success. What appeal do you think that the musical has to a global audience?

Baek: I heard that Wong Kar-wai [a prominent film director in Hong Kong] liked our musical and said that he wanted to make “Fan Letter” into a movie. The musical takes place at a very painful moment in Korean history. But, I think that regardless of the background, its messages and themes are universal and relatable. After all, we have all admired someone or been hurt by a friend.

Ryeowook: We humans are subject to maturation, and we also love to watch or read about characters who change and mature over the course of the story. “Fan Letter” is ultimately a coming-of-age story of two men. 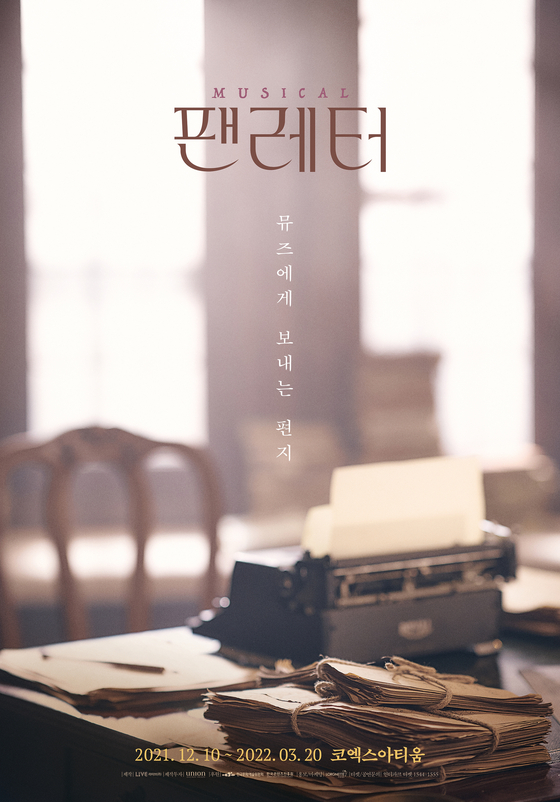 A poster for the 2022 production of the musical "Fan Letter." [JOONGANG SUNDAY]