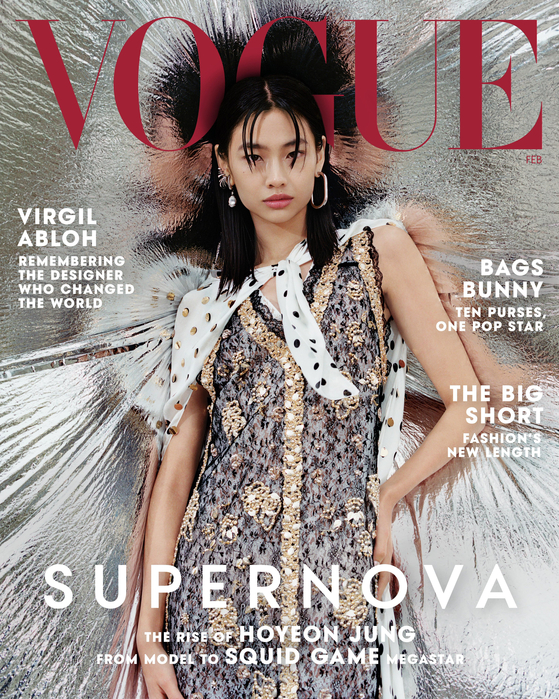 
“Squid Game” star Jung Ho-yeon became the first East Asian to be featured solo on the cover of Vogue in the fashion magazine’s 130-year history.

On the cover of Vogue’s February issue, Jung is introduced as “Supernova; the Rise of Hoyeon Jung from Model to Squid Game Megastar.” Vogue’s social media accounts also described the actor as “From Squid Game to Supernova!”

Jung began her career in 2010 as a model through Korea’s “Next Top Model” and walked in New York Fashion Week in 2016. She made her acting debut via the Netflix Korea original series “Squid Game” (2021), which launched last September and became a worldwide sensation. She played the role of North Korean defector Kang Sae-byeok, or player 067.

During an interview with Vogue for the February issue, titled “From Squid Game to Supernova: Inside the Whirlwind with Hoyeon Jung,” the actor spoke about how her life has changed after the hit series.

"My entire life changed in just one month,” she said. Jung also shared that she has been taking classes to learn English, martial arts, yoga and acting.