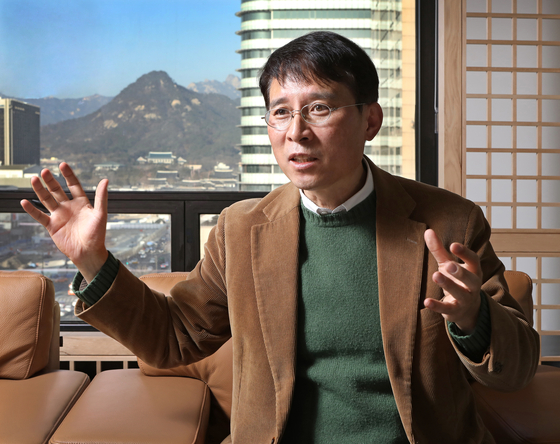 
Despite struggling with the unprecedented threat of Covid-19, Korea has never had such a stellar year in terms of soft power. The country is no longer known to the world as “the only divided nation" or the birthplace of Samsung.

In 2019, director Bong Joon-ho’s “Parasite” won the Academy Award for best film. Last year, “Squid Game” became a global sensation. No one doubts that BTS is the biggest boy band in the world at the moment. The world is now interested in what goes on in Korea, and wants to be a part of it.

The government can’t take credit for the global success of BTS, “Squid Game” or “Parasite,” but it does deserve some recognition for taking note of Korea's soft power potential and actively cultivating and promoting the related sectors.

“As the country’s only national public relations agency, we’ve come to realize that our role has become more important than ever,” said Park Jong-youl, director of Korean Culture and Information Service, or Kocis.

“For the past 50 years, Kocis focused on promoting Korea to the outside world and I think we did a pretty good job at it,” said Park, during an interview with the Korea JoongAng Daily on Thursday at the Kocis office inside the Press Center in central Seoul.

“The UN Conference on Trade and Development last July reclassified South Korea as a developed economy. I heard it was the first time that the UN agency has upgraded a member state’s development status since its establishment in 1964. Now Korea is undoubtedly a developed nation and a soft power powerhouse. The standard is up to the level where we can now, for the next 50 years, go beyond simply promoting Korea but actively engaging in bilateral exchanges with other countries.” 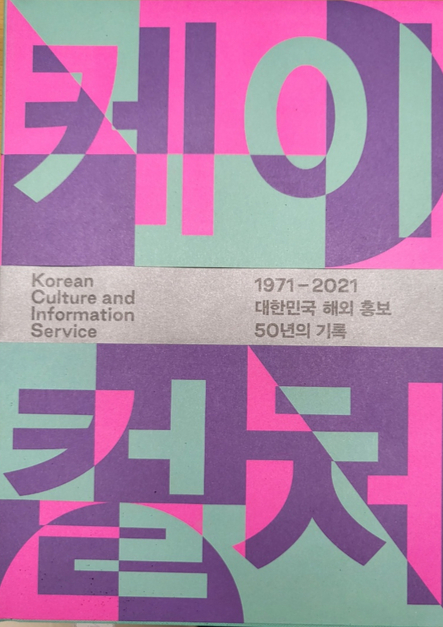 Kocis celebrated its 50th anniversary last month. It was established on Dec. 31, 1971, as an agency under the culture ministry. Today it operates 33 Korean culture centers in 28 countries. This year, it will add Sweden and Austria to the list. The center in New York will get a new look at its brand new seven-story building on 32nd Street in Murray Hill, between Lexington and Park Avenue.

To celebrate the anniversary, Kocis published a book titled “K-Culture,” documenting its work over the past 50 years and its goals for the next 50 years. The book also features an interview with Lee O-young, Korea’s first Minister of Culture, who insists “what matters most for promoting is not simply publicizing something as widely as possible, but in what manner and under what standard.”

“Promotion is not about publicizing just the good and hiding the bad. The first step for promotion is sharing information about something as it really is and seeking commonalities within it,” Lee is quoted as saying.

Park, who has been spearheading Kocis since September 2020 said he wishes to take Lee’s advice and draw up a plan for the next 50 years.

Park said he was unable to visit many of the Korean culture centers as he was appointed during the coronavirus pandemic. 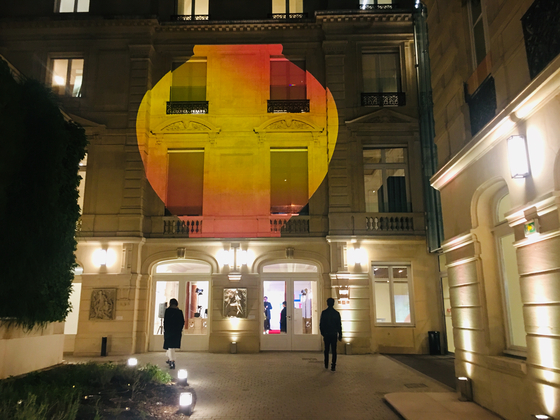 
“I was only able to visit the Korean Culture Center in Paris that was refurbished in 2019 and visited New York recently to check out the new building that will soon open in the first half of this year,” said Park. From this year, if more borders open up, Park plans to visit as many centers as possible.

“It is important to understand and witness what parts of Korean culture appeal most in different countries,” said Park. Though he could not see for himself, Park said he was surprised to hear about the solidarity and influence of the so-called hallyu clubs in countries like Mexico and countries in South America. (Hallyu refers to the Korean wave, describing the way Korean pop music, film, drama, food, beauty and much more have swept the world.)

“I heard from a colleague who worked as the head of a Korean Culture Center in Mexico that anti-Korean sentiment was spreading after Mexican media began to report about Korea as a dog-eating nation,” said Park. “He said it was these clubs that consist of Mexicans who love Korean culture that fought against such sentiment, writing to media companies and online to properly inform about Korea’s dog meat situation.”

“I was also surprised to see how Korean traditional music like jeongak, [classical court or ceremonial music] appeals to the older generation of Germans when the music itself is often shunned by its own people,” Park added. “After attending several performances, I also realized the beauty of jeongak and understand why Germans enjoy it.”

From this year, Park says Kocis will focus more on introducing other cultures to Korea as well.

“The heads of 33 Korea culture centers in 28 countries will introduce the culture of the countries they are in, the habits of its people and historical backgrounds to understand what they are sensitive about,” Park said. 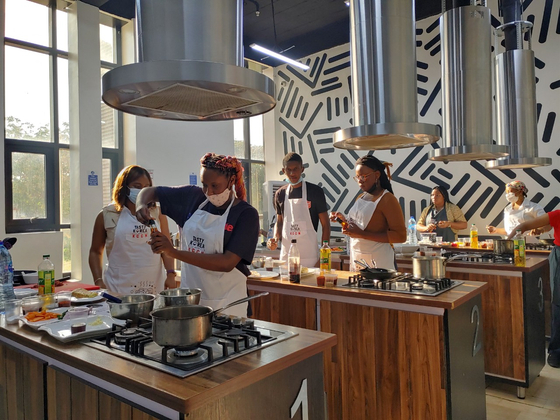 Locals participate in Korean cooking classes at the Korea Culture Center in Nigeria in November. [YONHAP]


This is important not only in terms of learning about different cultures, but to avoid “thoughtless depictions of other countries and their cultures that can draw the ire of many global viewers.”

“The pandemic situation and technological advancements helped Korean content to reach a lot of global audiences,” said Park, adding that Korea’s content creators should be more sensitive about the extent of Korea’s nationalism that can lead to racial discrimination.
“Being indifferent to other cultures is no longer acceptable in today’s interconnected world,” Park said.

Korea's recent achievements made Park set a new goal for this year: becoming an opinion leader in the so-called policy intelligence network.

“So far, Korea has been a follower when it comes to international discourses. We just accepted, followed and responded to agendas from other developed countries,” said Park. “But now as a developed economy, we have to speak out more strongly about our position and be a country that initiates such discourses for the other countries to take part in.”

Sebastien Falletti, China and East Asia correspondent for the French daily Le Figaro, second from left, discusses strengthening communication among generations in a panel discussion at the Global Forum for Culture and Youth 2021 held on Dec. 1. [KOCIS]


That is why Kocis launched the Global Forum for Culture and Youth last year together with the Korea Development Institute (KDI). It brought together Korean correspondents of global media companies as well as global leaders from think tanks such as Janos Bertok, deputy director of public governance at the Organisation for Economic Cooperation and Development (OECD), and held various discussion sessions under the theme “Youth, Culture and Innovation for a Future-fit Society.”

“We will be making this forum an annual event,” said Park. “We hope to put on the table the unique values of Korea that appeal to the global audiences as they did for ‘Squid Game’ and ‘Parasite’ as well as Korea’s stance on global values like gender equality, environment and climate change.”

Park said it is also the role of Kocis to accumulate data, document in English the opinions of experts and continue holding such forums and networking events with global leaders so that Korea can finally “speak up.”