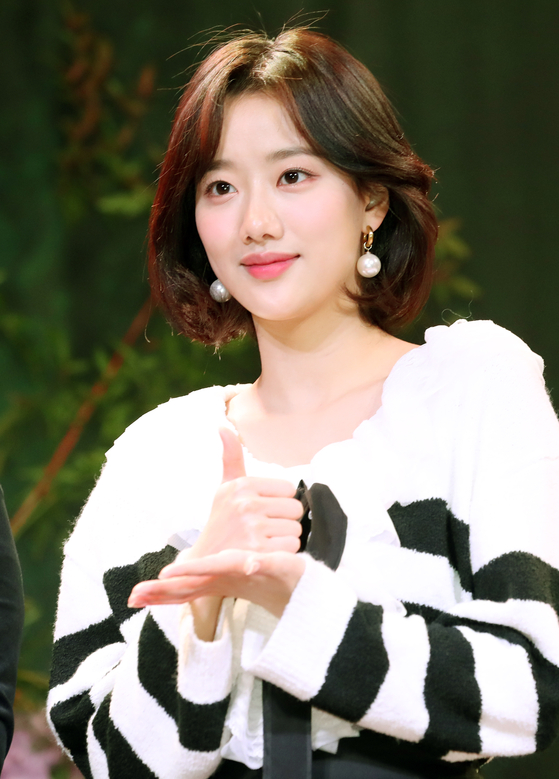 
Girl group April member Naeun’s agency DSP Media said Friday that it will drop the case she has filed against the netizen who accused her of school bullying.

DSP Media released a statement on its official website and said the police completed the investigation into the case and concluded after several months that the netizen, identified as A, is guilty of defaming Naeun by spreading false information online that she was a school bully. The netizen wrote online last March that Neun bullied her when they were in school together.

“The case was to be forwarded to the prosecution, however, A continued to express hopes to apologize to Naeun and sent us a letter of apology, which we decided to accept,” the agency said. “Naeun also carefully read through the apology letter and decided to withdraw the legal complaint [...] We would like to once again emphasize that the agency will take strong legal action against such acts of creating and spreading rumors with groundless information.”

The agency also disclosed the letter written by A. In the letter, A stated that “everything I wrote as if it was true was all made up. There are no victims as there was no school violence [...] I was jealous of her because she was always bright and had many friends compared to my quiet self that lacked presence in elementary school. Feeling an inferiority complex, I decided to make up the story.”