Son Heung-min nominated for Player of the Month

Son Heung-min nominated for Player of the Month 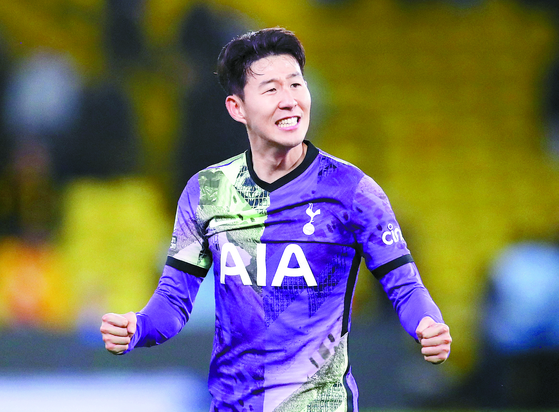 Tottenham Hotspur's Son Heung-min celebrates after a match against Watford on Jan. 1. [REUTERS/YONHAP]


Tottenham Hotspur striker Son Heung-min was one of seven players nominated for the Premier League's EA Sports Player of the Month award for December, with fans encouraged to vote over the weekend to choose the final winner.

Son's nomination is made all the more impressive by the fact that the Spurs striker spent half of December unable to play while quarantining after he was presumed to have contracted Covid-19.

"Tottenham Hotspur's unbeaten month under new head coach Antonio Conte owed much to Son's form," the Premier League article introducing the nominees said. "He scored in four consecutive matches, including a strike against Liverpool while also producing a goal and an assist versus Norwich."

Of the seven, Sterling is the only player to have scored more goals than Son within as few appearances, scoring five goals and picking up an assist in five games. Son also appeared in only five league games last month.

Football fans are able to vote for the Player of the Month until Monday, with a panel of experts also weighing in to decide the winner.

Son isn't the only person from Tottenham shortlisted for some monthly honors. Conte, who didn't lose a game in his first full month at the club's helm, was also nominated for Barclays Manager of the Month.

After a string of cup fixtures, Spurs will be back in action in the Premier League on Jan. 16 with a home game against Arsenal.