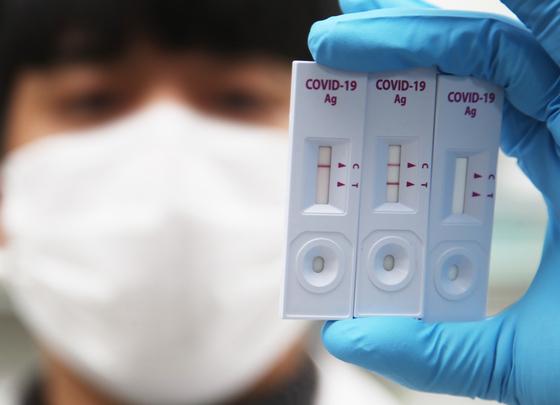 
Korean test-kit makers are looking for growth after the Covid boom ends, going for afield in search of their next act.

As they struggle for new business opportunities, their stocks have been weak despite the intense demand for test kits. SD Biosensor is trading near its July 2021 initial public offering price. Seegene is down 82 percent from its 2020 peak.

Currently, the market is dominated by a number of international companies, including Basel-based Roche, Chicago's Abbott Laboratories, Washington's Danaher and Munich's Siemens. Together these companies control more than half the market.

"SD Biosensor has a strong determination to undertake more mergers and acquisitions in the future in order to enter global market," said Jeong Song-hoon, a researcher at Korea Investment & Securities, adding that the company will have about 1.2 trillion won to deploy for the deals. 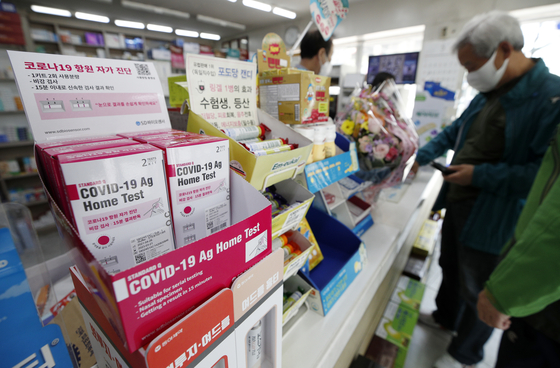 
In 2021, Seegene hired Park Sung-woo as head of M&A. Park previously served as the chief financial officer at Daelim Industrial.

Analyst Lee Ji-soo of KTB Investment & Securities said in a report that "Seegene holds around 384 billion won of cash and is likely to use that to acquire companies in order to enter new businesses."

The company's self-test kit received an EUA from the FDA on Dec. 27.

Its net profit fell 4.24 percent on year in the third quarter on a 1.72 percent decline in revenue.

"Demand for Covid-19 test kits is expected to increase for a while as the number of cases in countries that adopted the 'Living with Covid' scheme is on the constant rise," Won Jae-hee, a researcher at Shinhan Investment, wrote in a recent report.