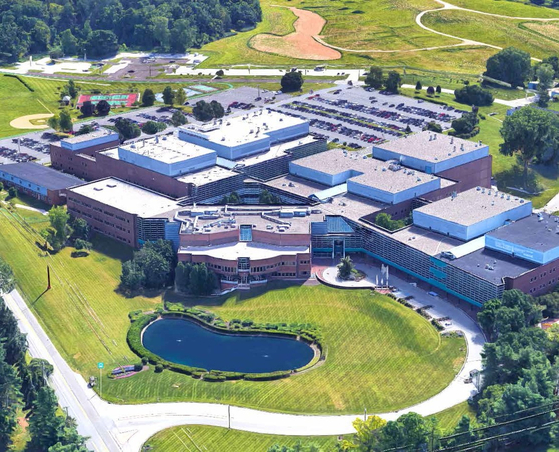 An aerial view of Discovery Labs in Philadelphia where the Center for Breakthrough Medicines is located [SK INC.]

The deal was closed Sunday, with SK's wholly-owned subsidiary SK Pharmteco taking over the share of CBM. The size of the company's stake in CBM has not been disclosed.

The investment has brought the holding company of SK Group one step closer to its goal of becoming one of the top-five CDMO companies specializing in gene and cell therapies, referring to biological treatments that alter cell and gene information to cure diseases.

Established in 2019, CBM has core research and development capabilities for the entire process of developing cell and gene therapies, SK said. The U.S. company is capable of producing plasmid DNA — a key material in genetic biotechnology — as well as viral vectors, a tool used to inject the genetic material into cells.

CBM is also planning to construct the world’s largest cell and gene therapy production factory, at about 700,000 square feet, by the end of 2025. It plans to hire more than 2,000 employees in the next four years.

The investment came eight months after SK Inc. acquired 70 percent of Yposkesi, a Corbeil Essonnes, France-based CDMO company also specializing in the field of gene and cell therapy. Gene and cell therapy is a fast-growing market globally, and is used in the treatment of many diseases, according to SK Inc.

The gene and cell therapy market is projected to grow 25 percent annually until the end of 2025, according to a Deloitte report cited by SK Inc.

“The investment in CBM is at the center of our goal, which is to secure a value chain of synthetic and biopharmaceutical businesses based on key footholds in the United States, Europe and Asia by 2025,” said Lee Dong-hoon, head of the Bio Investment Center at SK Inc.