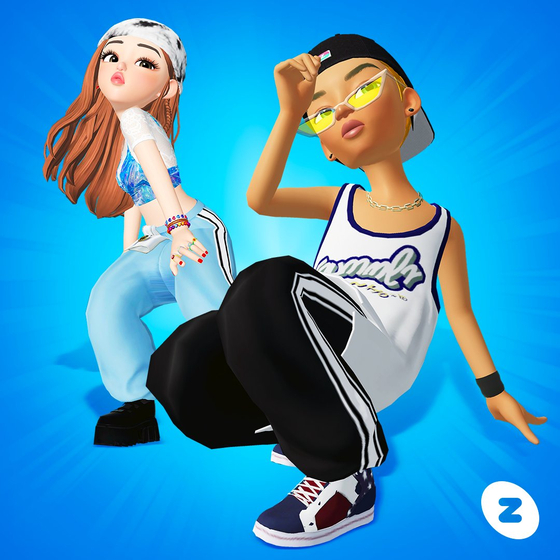 Y2K-inspired styles are frequently added to Zepeto so that users can enjoy the nostalgia of the 2000s. [ZEPETO]

Signature looks from the 2000s featured cropped shirts, low-rise pants or skirts, velour tracksuits and rhinestones. Samsung Fashion Research & Development Team said that in 2022, such looks will make a bold return in addition to party outfits and formal looks, because “people spent too much time at home and were unable to experiment with fashion, so they garnered an intense craving for looks that reveal more skin.”

“Y2K fashion elicits nostalgia for the older generation, and to Gen Z, it is being perceived as a whole new trendy look,” Lim Ji-yun, leader at Samsung Fashion Research & Development Team, said. “Y2K was all about being open and being unconventional.”

A report from ZigZag revealed that its users searched “low-rise bottoms” almost 20 times more in the second half of 2021 than the same period of the previous year. Searches for other Y2K looks, such as berets and over-the-knee socks, increased by 454 percent and 396 percent respectively. 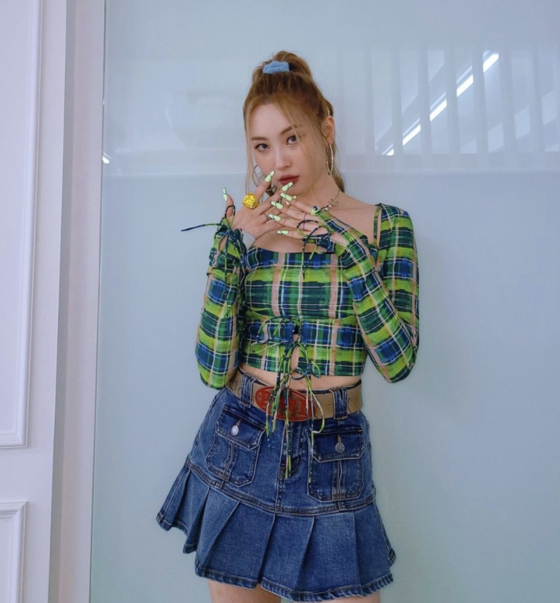 Some celebrities are already fans of Y2K fashion, like singer Sunmi. [SCREEN CAPTURE]


K-pop stars have already been showing off Y2K-inspired fashions both on the stage and in day-to-day life, in particular singers Sunmi and Jennie of Blackpink. Taeyeon of Girls’ Generation and Joy of Red Velvet also chose Y2K looks for the concepts for their solo songs last year — “Weekend” and “Hello.”

This new trend is in contrast to what was popular in 2021. The Samsung Fashion Research and Development Team summed up last year's fashion with the keyword “resilience.” Athleisure wear was crucial due to the rise in people working from home because of the pandemic. People sought looser fits and comfort above all. This type of look was dubbed “one-mile wear” in Korean, referring to clothing that is suitable to wear inside the comfort of your home and also to make quick trips outdoors, within “one mile” of where you live.

According to fashion critic Lee Dong-hyun, Y2K’s comeback is just another part of the fashion cycle.

“When people get bored of the current trends, they try and seek out new styles by turning to the past,” Lee told the Korea JoongAng Daily. “There they find new insights, or reinterpretations. Right now, it seems that people are finding Y2K interesting — although the question of ‘why?’ is a different matter.” 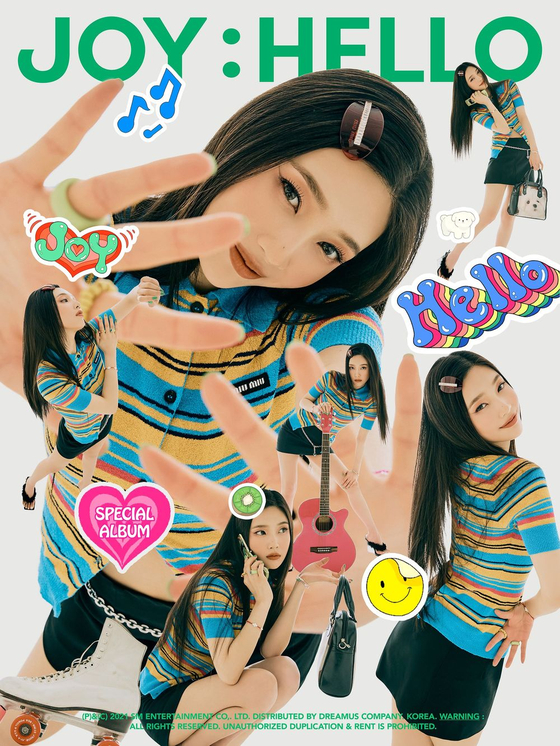 Y2K fashion has been a recurring concept among K-pop acts recently, such as girl group Red Velvet's Joy for her solo EP ″Hello,″ released in May last year. [SM ENTERTAINMENT]


The popularity of casual wear last year has led people to crave formality.

“Since the current [pandemic] situation forced us to be more active indoors, people were fonder of casual wear, like streetwear,” Lee said. “Then people started wondering, what does the current trend lack? The answer would be formality — so when I said that fashion trends come and go, I meant that when fashion gets comfy, people will also yearn for formality and the same goes the other way as well, like a never-ending cycle.”

However, considering that the Covid-19 pandemic is yet to see its end, Lee believes that there will need to be some time before formal wear actually overturns the current athleisure wear trend.

While fashion is retreating to the past, another interesting factor in store for 2022 is the metaverse. This new virtual world has been a hot topic since 2021, and luxury high-end brands like Burberry have been utilizing it to present new digital looks for avatars. 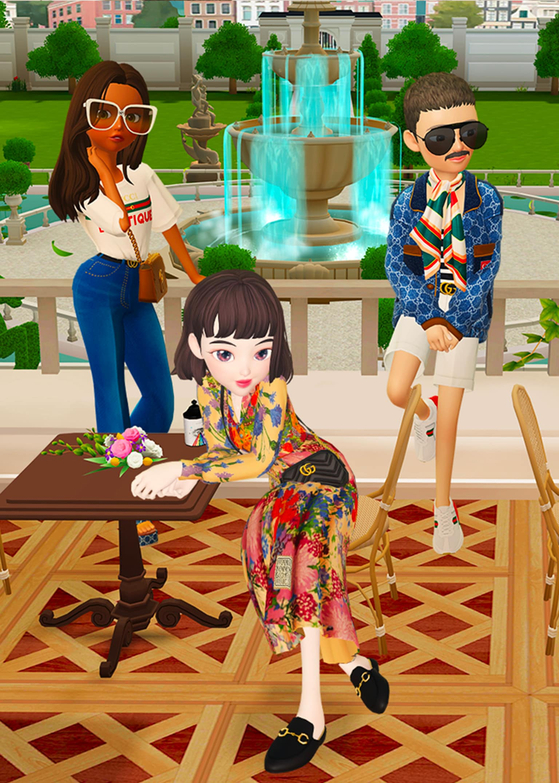 Gucci collaborated with Zepeto and revealed some 60 items from the 2021 S/S collection last February. [GUCCI] 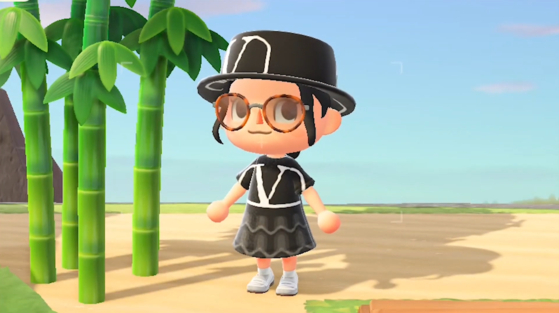 
Last year, Dolce & Gabbana auctioned off nine nonfungible tokens (NFT) for some $5.7 million which can be used in the metaverse. The game Animal Crossing has become the new fashion playground for high-end brands, hosting collaborations with Valentino and Marc Jacobs in 2020. In February 2021, Gucci collaborated with Zepeto, a metaverse version of social media by Naver Z, and revealed some 60 items from the 2021 S/S collection.

Even the Seoul Metropolitan Government has taken to the metaverse. On Dec. 30, the Seoul Facilities Corporation hosted a metaverse fashion show in collaboration with Zepeto. Five brands in the DDP Fashion Mall in Jung District, central Seoul, showcased a total of 26 items from their 2021 F/W collections on “Seoul Children’s Grand Park in Zepeto,” a recreation of the actual park in Gwangjin District, eastern Seoul. When avatars donned each outfit, information on the brands and where they could be purchased was provided. 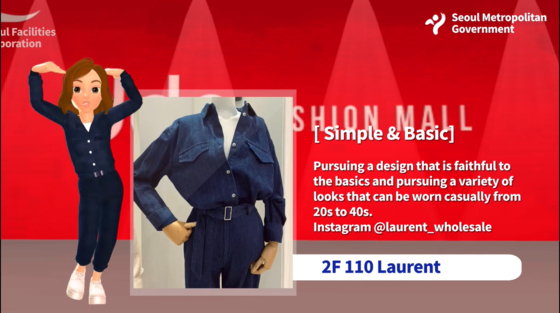 
The fashion world's move to the metaverse is in part due to the fact that fashion no longer just refers to clothes.

“Up until recently, fashion has been defined narrowly, adhering to just clothing, particularly in Korea,” critic Lee said. “But fashion dominates our lifestyle, so cosmetics and food culture also fall into the category, which is why fashion brands are amplifying their activities.

“However, this doesn’t mean that all new businesses are guaranteed success [...] Fashion brands need to know what the needs of consumers in other fields are as well, not just from a fashion point of view.”