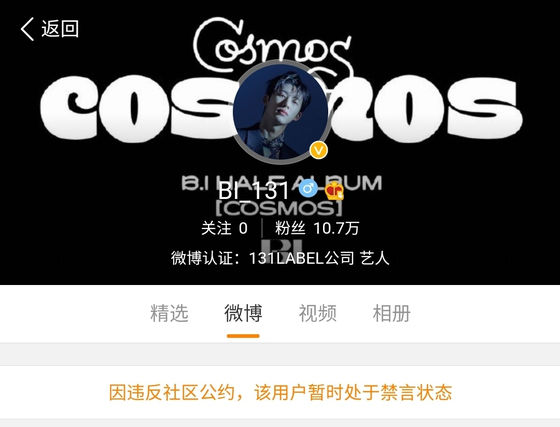 The rapper had just created his Douyin account on Jan. 1, promising to communicate more frequently with fans, but some Chinese netizens expressed disdain regarding his criminal record.

B.I was sentenced to a three-year suspended prison term in September of last year for using marijuana and LSD. His drug use also cost him his place in boy band iKON and his contract with YG Entertainment.

While the exact details of what guidelines he violated have not been stated, the Chinese government has been promoting a "Rectification Movement" in its pop culture sector since last year. The movement has led celebrities, both Chinese and non-Chinese, who have been involved in crime or unethical scandals to be banned from appearing on media outlets.