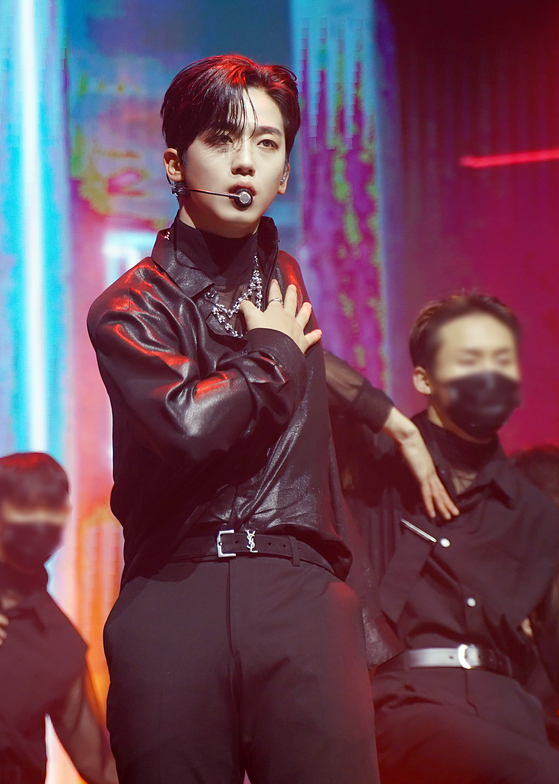 
Kim Yohan of boy band WEi will drop his solo EP "Illusion" on Monday at 6 p.m.

The lead track “Dessert” is a “funky disco number with a groovy bassline,” according to his agency Oui Entertainment. The EP also includes tracks “Selfish,” “Bad,” “Landing on You” and “Compass.”

Kim also held a showcase on the same day to premiere the music video for “Dessert” and perform the song live.

After X1 disbanded in early 2020, Kim re-debuted the same year as a member of WEi. Kim is also currently starring as the lead role in the KBS series “School 2021” (2021-22), for which he won Rookie of the Year at last month’s KBS Drama Awards.