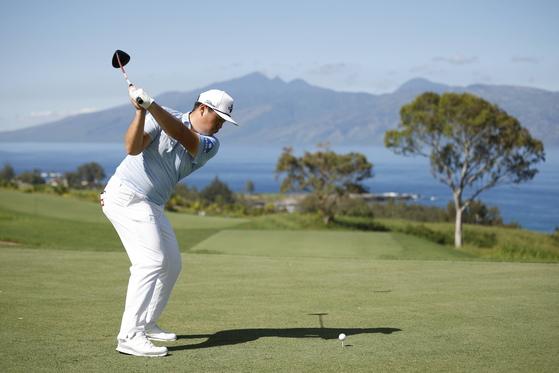 Im Sung-jae plays his shot from the seventh tee during the final round of the Sentry Tournament of Champions at the Plantation Course at Kapalua Golf Club on Sunday in Lahaina, Hawaii. [AFP/YONHAP]


Im Sung-jae finished tied for eighth at the Sentry Tournament of Champions on Sunday, carding a final round of 69 at Kapalua Plantation Course in Kapalua, Hawaii.

Im had the best finish out of the three Koreans that competed in the tournament — Kim Si-woo tied for 23rd and Lee Kyoung-hoon tied for 33rd.

Im carded a 67 on the first round, scoring five birdies and an eagle on the par-4 fourth, but bogeying the par-4 seventh. Im had a bogeyless round with six birdies on Friday, carding another 67. Im showed off his best game on moving day, despite starting out with two pars and a bogey on the par-4 third, he quickly pulled off seven birdies then an eagle on the par-5 18th to tie for fourth.

The final round was quieter for Im, carding five birdies and one bogey for a total score of 24-under-par, 268, 10 strokes behind winner Cameron Smith of Australia.

“I made a few silly mistakes in the beginning which didn’t allow me to keep my flow going,” said Im after his final round on Sunday. “But since I finished in the top 10 from the first event of the year, I’m satisfied.” 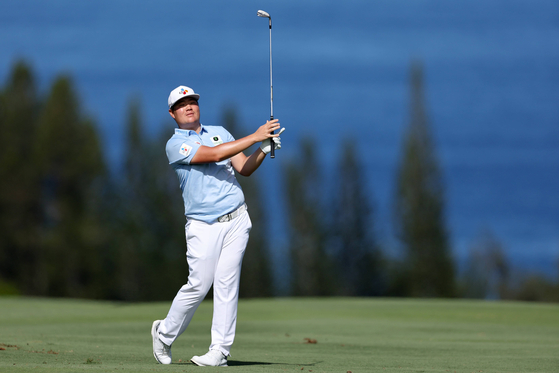 Im Sung-jae plays an approach shot on the fourth hole during the final round of the Sentry Tournament of Champions at the Plantation Course at Kapalua Golf Club on Sunday in Lahaina, Hawaii. [AFP/YONHAP]


This is Im's second successive top-10 finish in the Sentry Tournament. Of the three Korean golfers, Im is the only one to have played the 2020-21 Sentry Tournament of Champions. He earned his seat at that event by winning the 2020 Honda Classic on March 1, 2020, and finished tied for fifth, carding a 21-under-par, 271, alongside Xander Schauffele of the United States.

“I was happy to be part of the winners’ event from last year,” Im said.

“I enjoyed the event here and hope to enjoy another good week next week [at the Sony Open]. I want to keep my condition going. I changed my swing from last year and I can see the outcome of it now. It helps a lot as I have less missed shots these days. I have more accuracy and I’m looking forward to next week.”

Im has now played five events in the 2021-22 PGA season that started in September last year, having won a trophy at his 100th start and his second event of the season. Im won the Shriners Children’s Open on Oct. 10 last year at the TPC Summerlin in Las Vegas, Nevada, his second PGA Tour title. The Sony Open will also take place in Hawaii, at Waiʻalae Country Club from Thursday to Sunday.