Seoul stocks jump up on eased concerns of U.S. tapering

Seoul stocks jump up on eased concerns of U.S. tapering 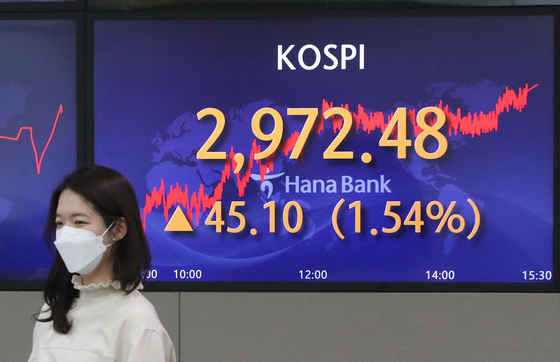 
Stocks closed sharply higher Wednesday as the U.S. Fed chief's comments about inflation were largely within market expectations. The won rose against the dollar.

Trading volume was moderate at about 506 million shares worth some 10.8 trillion won ($9.1 billion), with gainers outnumbering losers 730 to 140.

Stocks got off to a strong start, taking a cue from overnight rallies on Wall Street.

Federal Reserve Chair Jerome Powell said the U.S. central bank will take actions if needed in order to reign in the inflation pressure and may taper its balance sheet at a faster pace than the previous time.

He did not specify the time for the next rate hike.

The local currency closed at 1,190.5 won against the U.S. dollar, down 4.2 won from the previous session's close.