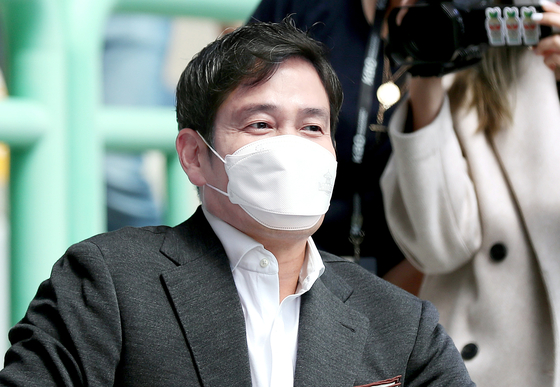 It also asked for higher wages.

"We are concerned about Vice Chairman Chung Yong-jin's words and actions that stir up trouble and harm the company's image, while Emart, the group's major business, is doing well compared to other companies in troubled times amid an increase in online shopping and various restrictions," read a statement released by the labor union on Wednesday.

"People are free to say what they want, but he needs to consider that it influences 10s of thousands of Shinsegae and Emart employees and their families."

Chung has been uploading anti-communist posts on his Instagram account since November. The situation recently escalated due to his frequent use of the word "myulgong," which means crush communists in Korean.

Anonymous social media posts have been called for a boycott of Emart, Starbucks and Shinsegae Department Store, in which Chung and his family have interests.

"We hope Vice Chairman Chung Yong-jin acknowledges how much the labor union and the staff worry about the company, and shows his sincerity during the wage negotiation," read the statement.

Emart has three labor unions, and the one that released a statement represents the other two and has the right to sign collective agreements with the company. It is affiliated with the Federation of Korean Trade Unions.