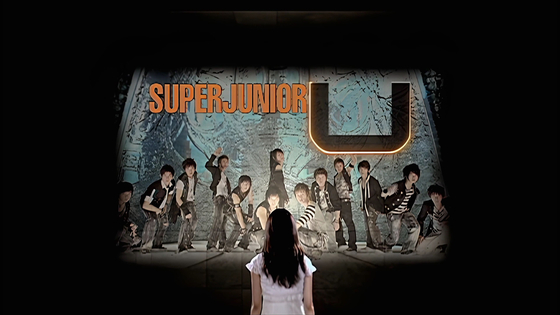 A scene from Super Junior's remastered music video ″U,″ which will be released on Jan. 13. [SJ LABEL]


Super Junior will be releasing a remastered version of its song “U” on Jan. 13, as part of SM Entertainment’s Remastering Project. It will be released along with a music video on SMTOWN’s YouTube channel.

“U” was a hit song on Super Junior's first digital EP released in 2006.

SM Entertainment launched the remastering project in collaboration with YouTube with the aim of contributing to the growth of the K-pop industry. Other releases through the project include H.O.T’s “Hope,” which dropped on Dec. 23. “Hope” is the legendary boy band’s hit song from its third regular album. The remastered version has garnered more than 234,000 views since its release.

Super Junior debuted in 2005 and is best known for songs “Rokuko” (2007), “Sorry, Sorry,” “Mr. Simple” (2011) and “Mamacita” (2014). The boy band’s 10 members are actively working as soloists as well. The band has a subunit called Super Junior D&E, which consists of Donghae and Eunhyuk. The other members of Super Junior are Leeteuk, Heechul, Yesung, Shindong, Sungmin, Siwon, Ryeowook and Kyuhyun.