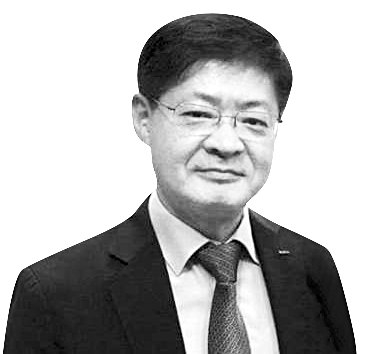 Park Han-jin
The author of director of the Kotra Academy.


Korea and China established diplomatic relations 30 years ago. China’s economic growth and the two countries’ exchanges over the past three decades are dazzling. Ranked 13th in 1992, China’s GDP beat Japan’s in 2010. Its per capita GDP soared to 64th from 133rd. During the period, Korea’s exports to China increased more than 60 times. Such developments carry great significance for China’s future and ours.

Korea and the rest of the world regard China as a model of quantitative growth. They thought that if the Chinese economy continues to grow, it will lead to the Western-style democratization of its political systems. Some predicted that China’s growth will slow soon or fall into the trap of a developing country if its speed of growth hits the ceiling. But it didn’t happen. While pursuing quantitative growth, China also sought qualitative growth through dramatic transformations, as clearly seen in its 10th Five-Year Plan (2001-05) for restructuring and the expansion of domestic market after successfully defending against the Asian financial crisis — and as evidenced by its 12th Five-Year Plan (2011-15) aimed at achieving a balance and harmony and sustainable development. Since the 14th Five-Year Plan (2021-25), China moved toward more autonomy for the industry, the digital and green economy, and the so-called “dual circulation.”

As Beijing annually lowered its growth rate, the forecast of a “hard landing” for the Chinese economy proved wrong largely thanks to its restructuring, reform and the change in its growth pattern.

China now plans to stimulate effective demand by fostering new industries based on cutting-edge technology to help them reach half the GDP. The West’s prediction of political democratization went wrong after China took an uncharted path of mixing more capitalistic elements with more socialistic ones.

What attracts our attention is China’s remarkable resilience against global crises — an engine for its competitiveness — as it showed in the 1997-98 Asian financial crisis and the 2007-08 Wall Street-trigged meltdown, not to mention its recovery from the Covid-19 crisis. Ironically, China — the biggest beneficiary of globalization — recorded growth on its own at times of global crisis.

The secret to China’s success lies in the unique characteristics of its economy — such as abilities to provide abundant supply to the rest of the world, adapt to global demand fast, and maintain the so-called “semi-openness.” For instance, the world relies heavily on low- and mid-priced Chinese products, and China can replace materials and products from other countries if the need arises. Its semi-openness proved effective in strengthening its economic fundamentals despite mounting complaints from foreign companies.

Such unique features of China can hardly be explained by economic theories of the West. What has been left by the strange combination of socialism and capitalism in China? What really happened to the “Fool in the shower,” referring to adverse effects from excessive or capricious government interventions? Despite criticisms that such systemic ambiguity worsens business environments, it somehow helped expand domestic markets and drove innovative start-ups to grow.

In the past, China gave subsidies to individuals and enterprises to revitalize its domestic market. But now, the country moves toward the so-called “common wealth” to expand the middles class. Beijing’s stringent regulations on the private education and real estate markets and internet companies reflect its agony to relieve the people from ever-growing costs.

In reaction to the crisis with global supply chains, China seeks to breed multinational corporations with “root technology,” like Lenovo, to turn them into rule-setters having the rights to determine prices rather than following in the footsteps of global leaders in industries. Starting with Tsinghua University, a crusade to transform college campus into cradles for prospering start-ups is gaining momentum to the extent that once humanities-focused Peking University rakes in 14 trillion won ($11.8 billion) in annual profits from its creative students, not to mention Fudan University in Shanghai with close relationship with multinational companies.

China’s endeavor to extend the academic frontier to new levels also attracts our attention. Research institutes under Chinese securities companies are using the “meso-” concept to smoothly connect state and individuals by focusing on the corporate sector — a halfway point between macroeconomics and microeconomics in the West. After concentrating on political economy for long, China’s academia has established the realm of so-called “Eastern Economics” to link the Xi Jinping era to the Mao Zedong and Deng Xiaoping eras and further to economic wisdom from Confucius and Mencius. They even created a new subcategory called “spatial political economics” to boost studies on establishing world-class cosmopolitan cities in China.