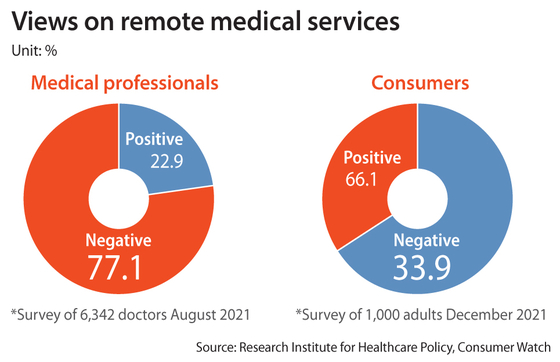 The Covid-19 pandemic brought telemedicine into the spotlight, and companies are jumping on the bandwagon.

According to the Ministry of Health and Welfare, by October 2021 some 1.5 million patients have used telemedicine since the government temporarily lifted regulations, which allowed access to remote treatment, including medical consulting and prescriptions, by, in February 2020 when the pandemic outbreak was in its early stage.

"It's much easier now that I only have to visit the hospital only once in three sessions," said a 40 year-old women, who requested anonymity.

Lee, who suffers from thyroid condition, had to travel a long distance in making regular visits to the hospital to get her blood tested and get a prescription for her drugs.

But since Covid-19, she has been able to get her test results via phone and get her drugs delivered to her door.

Though the lifting of the rules is temporary, telemedicine start-ups have benefitted. 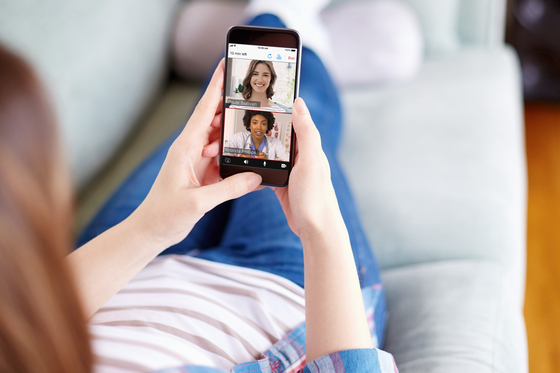 Google invested $100 million into Amwell, a telemedicine startup, in 2020. [AMWELL]


Doctor Now, which is an online telemedicine service platform, attracted a total of 900,000 users in just one year. The company received 10 billion won in investment from major investors, including Japan's Softbank.

Naver and Kakao are preparing to provide contact-free medical services.

The United States relaxed regulations on telemedicine, enabling the first consultation between the doctor and patient to be virtual as the healthcare system had been overwhelmed by the surge of Covid-19.

According to a McKinsey report, telehealth utilization for outpatient care grew from 0.1 percent before Covid-19 to 17 percent in April 2020 when the virus outbreak around the world spiked.

Teladoc Health, the world's biggest telemedicine service provider, operating in 175 countries, offers a mobile application where users can get a remote medical diagnose in just 10 minutes.

Some 50,000 medical specialists are supporting the company's remote medical service. 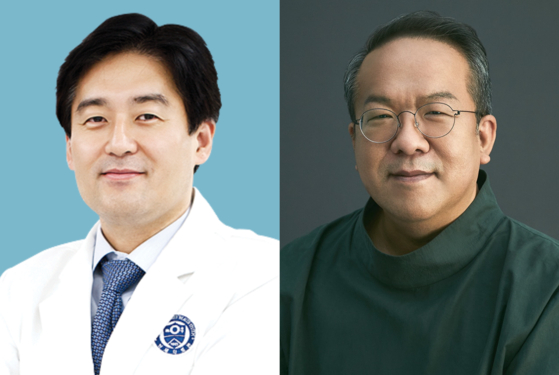 About 40 percent of the Fortune 500 use Teladoc Health's paid service.

Boston-based Amwell, which received $100 million in investment from Google, provides a telehealth solution that utilizes technologies, including chatbot assistance and machine learning.

One of the services is remote patient monitoring, or RPM.

Amazon, Google, Microsoft and other large tech companies invested $3.1 billion into health care in the first half of 2021.

Naver is set to test its own digital healthcare service, which is modeled after Amazon Care.

The Korean tech company is setting up an in-house hospital in one of its offices in Seongnam, Gyeonggi. The hospital is expected to open for testing in the first half.

The test will involve 4,300 employees. The data will be used in developing medical programs and remote diagnose.

Naver already has experience in the telemedicine as Line, a Japanese subsidiary, has worked with Sony on setting up the Line Healthcare online medical platform in 2019.

"Though we registered the trademark of Naver Care to provide healthcare service for our employees, it's too early to say the business will expand," said a Naver spokesperson.

Kakao in December set up an independent company that specializes in healthcare.
Hwang Hee, a Seoul National University Bundang Hospital pediatric specialist, was appointed to head the healthcare company. According to Kakao, the doctor participated in digital innovation projects in 20 or so hospitals abroad.

Kakao, targeting the global market, said it has been focusing on combining medical big data and blockchain.

The IT company established a big-data cooperation program with Seoul Asan Medical Center and Yonsei University Health System since 2019.

"As Naver and Kakao are companies that operates services used by everyone in the country, the weight is different from that of start-ups," said Park Myung-ha, head of the Seoul Medical Association. "We are closely monitoring these companies with concerns."

Seoul National University Bundang Hospital CEO Paik Nam-jong said major IT companies and telecommunication companies, such as KT and SK Telecom, are seeing the health care industry as the next golden goose.

"Considering the recent negative public view of 'platform' companies, it seems their businesses will be focused overseas rather than domestic," Paik said.