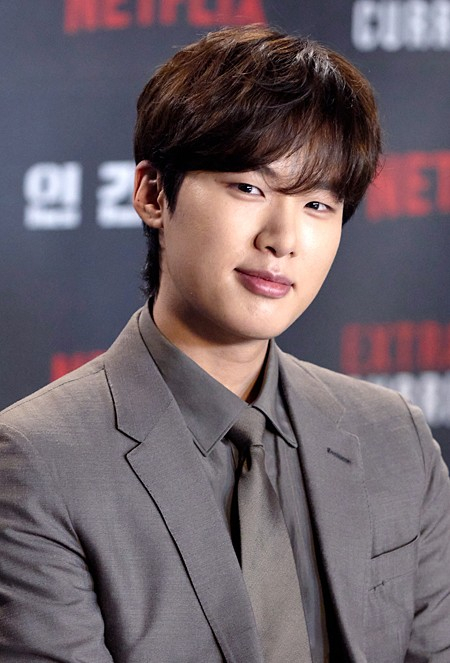 
After reports that Kim Dong-hee admitted to allegations of school bullying, the actor issued a statement through his agency Npio Entertainment Thursday apologizing and calling the incident a “squabble between friends.”

“I argued with a classmate in the classroom when I was in 5th grade and we fought and were scolded by our teacher,” Kim said in the statement. “After my mother heard this news, she harshly scolded me and we went together to the friend’s home. We personally apologized to him and his mother.”

Kim went on to say that he thought the incident was behind them because they continued to spend time together after he had apologized.

“After that online post [of bullying allegations] was uploaded last year, I wanted to immediately apologize to the friend but I was scared that my apology would further instigate controversy and would mean that I admit to things that I haven’t done,” Kim said.

Sports Kyunghyang revealed on Tuesday that it obtained a document from Suwon District Prosecutor’s Office, dated Nov. 30, 2021, notifying Kim that the prosecution is dropping the charge of defamation he had filed against the person who posted online (identified as A), citing a “lack of evidence.”

Kim’s legal representative had previously announced that A was found not guilty of defamation by the Suwon District Prosecutor’s Office, but did not give any details nor disclose that Kim had admitted to the bullying.