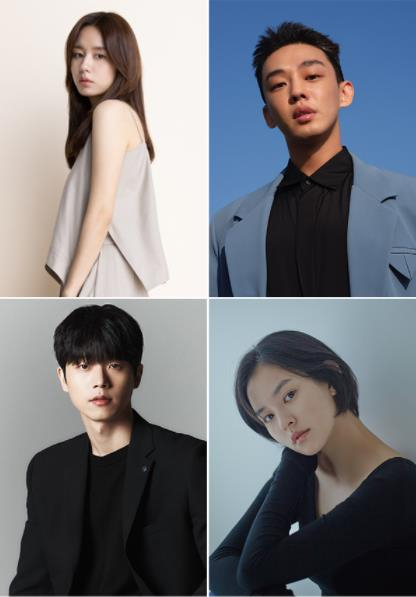 Titled “Goodbye Earth,” the story centers around chaos on Earth as people are notified that they have only 200 days left to live before an asteroid hits the planet.

Director Kim Jin-min behind other Netflix hits “Extracurricular” (2020) and “My Name” (2021) will take the helm of the series, while screenwriter Jung Seong-joo of the JTBC drama series “Secret Love Affair” (2014) scripted the story.

Ahn portrays Jin Se-kyung, a volunteer worker who tries to protect children in danger; Yoo portrays Se-kyung’s boyfriend and a researcher at a bioengineering institute; Jeon plays Woo Sung-jae, a young priest who struggles to look after the believers after his senior goes missing; and Kim will take on the role of Kang In-ah, a military commander who tries to contain the chaos.