All key members of the minor progressive Justice Party's presidential election committee offered to resign en masse Thursday, a day after the party's presidential candidate, Sim Sang-jeung, decided to halt her campaign and went into seclusion amid low ratings. 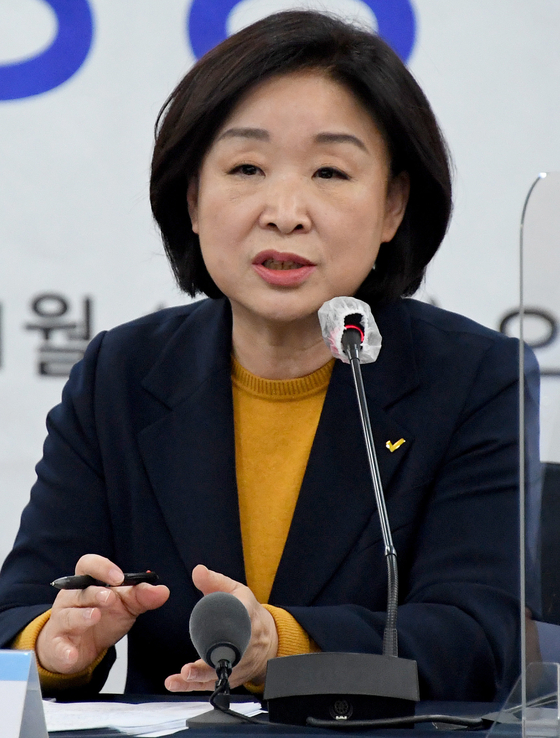 The decision came one day after Sim made a surprise announcement that she would suspend her campaign amid her dismal support in opinion polls.

Sim went into seclusion after her announcement, not responding to phone calls from party officials. She is reportedly staying at her home in Goyang, Gyeonggi.

The Justice Party lawmakers and officials will hold an emergency meeting later in the day to discuss solutions on their campaign situation.