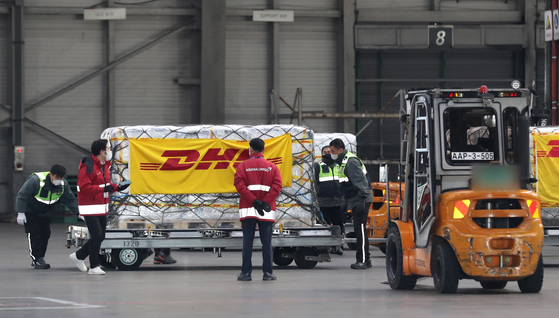 Workers unload boxes of Pfizer's oral medication for Covid-19, Paxlovid upon their arrival on Thursday at Incheon International Airport. They will start going to patients on Friday. [NEWS1]


Starting next Thursday, travelers entering Korea must have taken a PCR test within 48 hours of the date of departure, and won't be able to take public transport to their places of quarantine or self-isolation.

The Korea Disease Control and Prevention Agency (KDCA) announced Thursday that it was toughening the rules to try to block the Omicron variant from coming in from overseas. Imported Covid-19 cases are hitting record highs.

Arrivals already need to show a negative PCR test result, but taken within 72 hours of the departure date. Starting Jan. 20, the tests must be taken within 48 hours.

Also from Jan. 20, all overseas travelers will be banned from taking public transportation to their place of quarantine from the airport. They will be required to use their own vehicle or designated quarantine buses, trains or taxis. The new policy is meant to avoid virus transmissions on the airport train or other forms of public transport, the KDCA explained.

For inbound travelers who cannot isolate themselves in a separate space in their own homes, the government will now allow them to use a government-run quarantine facility, or move their family members into a government-designated accommodation.


The new measures will be in place indefinitely until imported Covid-19 cases are brought under control, according to the KDCA.

Health authorities also noted that they will maintain a flight circuit breaker system, which restricts operations of a flight for a week if a plane on that route carries three or more Covid-19 patients into Korea.

Under that system, circuit breakers were triggered 24 times from Dec. 15 to Jan. 11 on routes from 11 countries including the U.S. and Vietnam.

Seven flights on five routes from five countries — Uzbekistan, Mongolia, the Philippines, Turkey, and Finland — were also found to had carried Covid patients, and the government is reviewing whether to initiate a circuit breaker.

The new measures were announced after the country’s imported Covid-19 cases hit another record Thursday. 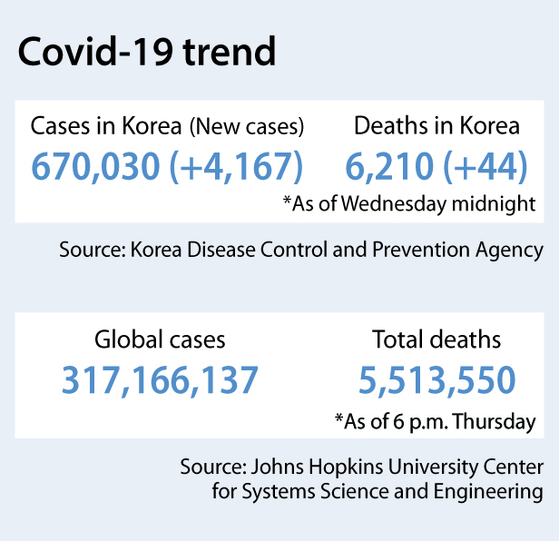 Of Korea's 4,167 new coronavirus cases announced Thursday, 391 were imported from overseas. The total caseload was raised to 679,030. 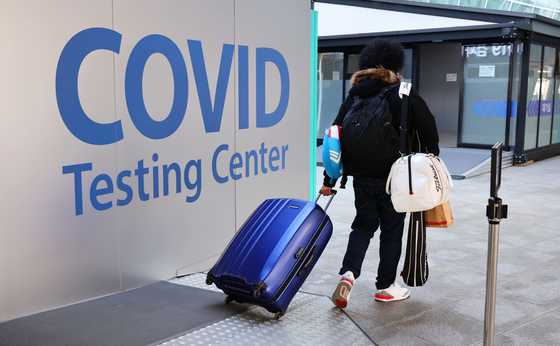 An overseas traveler goes to a Covid-19 testing center at a passenger terminal of Incheon International Airport on Thursday. [YONHAP]


In particular, the number of infected people returning from the Consumer Electronics Show (CES) in Las Vegas increased to 119 as of Thursday, raising alerts over a further spread.

According to the KDCA, 50 more Koreans were newly found to be infected with Covid-19 on Thursday in tests administered before returning home after attending the tech trade show in Las Vegas.

“As the Omicron variant accounts for 98.3 percent in the United States, [...] we are presuming that the majority of the confirmed [attendees] are infected with this strain,” KDCA spokesperson Ko Jae-young said during a briefing on Thursday.

The trade show, which ran from Jan. 5 through Jan. 9, was held in person after two years of being held online. All attendees were required to show proof of vaccination, but attendees were not required to take tests during the event — though test kits were provided.

Omicron made up 69.5 percent of imported cases in the fifth week of December, but that soared to 88.1 percent in the first week of January.